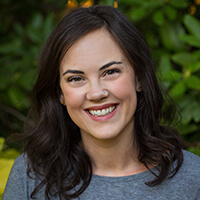 It didn’t seem too much to ask, but what do I know? Why couldn’t my kid realize how cute he’d look in this outfit a friend had sent, complete with a clip-on tie and sweater vest? As I engaged in a gentle, slow-motion wrestling match with my two and a half year old son and a tiny sweater, I reflected on that age-old parenting advice, “Choose your battles.” I could not for the life of me figure out why I had chosen this particular battle. After all, for a parent of two kids under the age of three, I was spending a disproportionate amount of my precious time negotiating with my kid about his apparel. My highly logical checklist of talking points included weather forecasts, complementary colors, the context of the day’s planned activities, and my opinions on toddler fashion aesthetics. None of this made it any easier to convince Jack to put his adorably squishy arms through the tiny holes of that sweater vest. In a flash of inspiration, I gave up.

I felt a sense of freedom wash over me as I told Jack that, from now on, he was completely in charge of selecting his clothes for the day and putting them on his body. I would only help if he asked me to. I mentioned that I hoped he’d wear a coat when it was cold or rainy, but otherwise he was pretty much on his own. I watched the gears turning in his head for a few minutes before he asked me, “Anything I want?” Yep, Buster. It’s all on you.

I felt a sense of freedom wash over me as I told Jack that, from now on, he was completely in charge of selecting his clothes for the day and putting them on his body.

He really tested my commitment to his autonomy at first, starting with a four month period of making a dragon costume his daily uniform.

Now and then, I did insist on washing the dragon suit. On those days, Jack would generally choose a back-up costume (most often pirate), or make a surprisingly strong case that five or more necklaces are functionally equivalent to a shirt. My husband and I practiced our deep breaths and toted him to the grocery store, doctor’s appointments, park play dates, and anywhere else we needed to go.

We got a lot of comments from friends and strangers alike; I simply opted to take every comment as a compliment, whether or not it was meant that way. I was both awed and amused by my kid’s sense of himself. And I learned a lot: I learned to appreciate his creativity and pride. I got better at looking for his cues before jumping in to help him with things he didn’t need my help for (I still struggle a little with this one). Most importantly, I learned to keep my relationship with my kid separate and protected from my awareness of outside opinions and judgments. All of these new skills came in handy when my youngest started dressing himself, too. Oliver took style self-determination cues from his brother, spending his young years in an endless parade of capes, brightly-colored hats, homemade accessories, hand-drawn facial hair, and meticulously layered ensembles.

Eleven years later, both my children continue to enjoy broad autonomy with regard to their clothes and other aspects of their appearance (haircuts, glasses styles, and so on). I do sometimes ask them to wear something specific (like when they were participants in their aunt’s wedding), make minor requests about their hairstyles (such as keeping their eyes uncovered), or set some kind of safety-related firm requirement (helmets must be worn for bike riding). They are generally amenable to my requests, but ultimately they are each in charge of their own style. They’ve come to trust over the years that I am committed to their autonomy, so when I make an appeal, they can be pretty certain there’s a good reason.

Most importantly, I learned to keep my relationship with my kid separate and protected from my awareness of outside opinions and judgments.

I came to this arrangement with my children more or less out of exasperation, but it turns out the benefits go beyond figuring out which battles are worth my energy. Many studies have shown that people of all ages experience better physical and mental health when they feel they have more control over their experiences and conditions (for more on this and some great references, see Alfie Kohn’s article, Choices for Children.) In addition, childhood is the ideal time to practice making decisions, before the stakes are raised with the calls they’ll be making as they grow into adolescence and adulthood. Most of all, kids need to know that the important adults in their lives really see them and honor their self-expression. In his article “Giving Your Child Voice: The Three Rules of Parenting, Richard Grossman, Ph.D. writes:

What do children with “voice” look like? They have a sense of identity that belies their years. They stand up for themselves when necessary. They speak their mind and are not easily intimidated. They accept the inevitable frustrations and defeats of life with grace and keep moving forward. They are not afraid to try new things, to take appropriate risks. People of all ages find them a joy to talk with.

Assuming that our children’s thoughts about the world are just as important as our own is a good place to start. Why didn’t I originally presume that Jack’s opinions about what clothing to put on his own body were at least as valuable as my own? Probably because I was still figuring out how to define myself as a parent, and also because our culture’s prevailing wisdom says that adults are in charge. Children are supposedly the lucky beneficiaries of our knowledge, and should therefore fall in line, right? But if we spend a few minutes thinking back to our own childhood years, most of us can remember what it feels like to want to have our opinions taken seriously and to exert some control over our own environment (most of us probably still feel that way). Allowing children to take control over their appearance encourages autonomy and self-responsibility in a way that they will immediately see the value in. If you end up at the grocery store with a dragon, that’s just an added bonus for you!


This article was originally published in Verve Initiative on March 5, 2019 and has been reprinted by permission of the author.