Austin joins Flying Squads as a Collaborator
The latest SDE community to join the recent Flying Squad movement of stepping out of space pre-defined for youth. 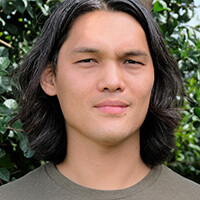 Antonio Buehler is the founder of Abrome, a K-12 Self-Directed Education learning community. Antonio is focused on creating alternatives to oppressive systems.

Abrome is a Self-Directed Education (SDE) community in Austin, TX, that is now in its fourth year. As Facilitators (adult staff members), we regularly critique our approach to interacting with Learners and building community, as well as how the culture of Abrome is evolving. It was through this process, for example, that we recognized the benefits of working more closely with Agile Learning Centers  Attending their trainings and bringing some of their tools and practices into our community helped us improve our skills as Facilitators and enabled us to better cultivate and protect an inclusive, non-oppressive culture that was building within our growing community.

However, we still face a variety of challenges that many other Self-Directed Education communities struggle with. For example, accessibility will always be a challenge due to an absence of public funding. We also have limited diversity (e.g., race, nationality, religion) in a society that insists that only those with privilege can risk opting out of oppressive systems. And of course, our so-called radical belief that young people should be treated as people and not coerced for their own good is just a bridge too far for most families. Another challenge that we had not previously considered was that Abrome Learners were not in the world in the ways that free people should be able to be in the world.

What we saw as freedom to do whatever the Learners wanted to do at Abrome, we eventually realized was freedom that was severely restricted by time and place. Abrome is not in the urban center of Austin, and public transportation does not extend to our neighborhood (intentionally so, unfortunately, thanks to lawmakers). Our Learners cannot easily walk to a library, museums, or busy intersections where people from all segments of society come into contact with one another. And even though we frequently organized outings to go to the library, visit museums, or go into the city for any other reason, we were doing so with a destination and goal in mind that resulted in time restricted outings — we did not allocate time for exploration, evolving interests, or emergent possibilities. So while they are free at Abrome in ways that schooled children are not, Abrome Learners were still missing out on leveraging that freedom in ways that would allow them to better develop their understanding of themselves as members of a broader society and as individuals who could influence that society.

What we saw as freedom to do whatever the Learners wanted to do at Abrome, we eventually realized was freedom that was severely restricted by time and place.

We decided that we would experiment with an unstructured day in the city that would give them the opportunity to assert their right to exist as full people in a city that does not fully honor young people, and allow their day to unfold in ways that were not limited by the Facilitators’ feelings of needing to transport the Learners back to our physical home base.

I wrote the following letter to parents October 6, 2019:

While we love our planned outings we recognize that they have been limiting to the Learners because we typically have a goal to go somewhere and do something specific and time bounded, and then when it is over we come back to Abrome. We are concerned that the Learners are not being given the opportunity to simply exist in the city where they can allow their plans to evolve emergently based on the combined interests of the group. Further, we want to continually push back against the notion that learning is confined to any given space, that learning objectives must be clearly defined, or that children and adolescents should not exist in public spaces during the day. We brought this up as an awareness at Friday’s Check-in and Change-up and we decided that we would experiment with an unstructured full-day outing in Austin on Thursday. The idea is that we go into or meet at a location in Austin, and then check in with the Learners and Facilitators to see how they want to collectively spend their time that day.... If this practice goes well we anticipate doing this once per week.

Jennifer was the Facilitator who joined four adolescent Learners on that first “Get Lost Day,” and it went fabulously well. We decided as a community that we would continue with our Get Lost Days, which have been a wonderful change of pace for older and younger Learners. These days have stretched us in terms of finding consensus and building community outside of our physical space and away from the tools that we regularly use at our physical home base.

Soon after starting our Get Lost Days, we learned about Flying Squads. Similar to our experience finding Agile Learning Centers, we found that our beliefs and intentions lined up very well with what Flying Squads was doing. I was particularly moved by this statement on their homepage:

Even in the most caring of school and homeschooling coop spaces, a definitive line is drawn on where children learn and what space and materials are and are not for them. By intentionally not using a learning space or having predetermined tools and materials, Flying Squad participants learn the important value of abolishing these distinctions as the young people involved interact with the world outside on a regular basis, carving out a space for themselves in their city. And as they do so, they learn perhaps one of life’s most important lessons: how to find self-identity while caring for and developing a community with others.

An added bonus was that I already knew Alex and Bria from their work advocating for children and Self-Directed Education, and I respected them greatly. After jumping on a call with them and discussing it with the other Abrome Facilitators, we decided that we would use Abrome as a vehicle for growing Flying Squads as the next step to extending greater freedom to participating young people, and in turn, helping to move society so that it begins to tolerate (and eventually embrace) free young people as full members of that society. Like the other projects, Austin Flying Squads will be operating two days per week, with one day more focused on learning through play, and the other day more focused on social justice and youth rights. We are excited to collaborate with the other Flying Squads, and we will be sharing some of our experiences and observations on this blog.


This article was originally published here on January 16, 2020 and has been reprinted by permission of the author.

Antonio Buehler is the founder of Abrome, a K-12 Self-Directed Education learning community. Antonio is focused on creating alternatives to oppressive systems.