Can You Love What You Do?
Contrary to cultural expectations, self chosen activities don’t have to taste bad to be good! 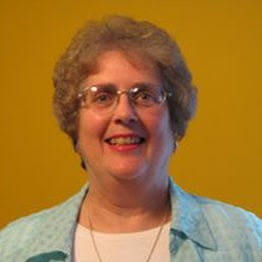 Charlotte (Candy) Landvoigt, Ed.D. co-founded The Highland School, a democratic day and boarding school in 1981. She has been a staff member there for 36 years.

In democratic schools the students love to come to school. In conventional schools, parents complain about how hard it is to get their children to go to school. Getting up in the morning can be a constant battle between harried parents and reluctant children. Yet, when we tell prospective parents that their kids will love our school, they often reply, “It can’t be good for them if they like it so much.”

The idea that things need to feel bad in order to be good is a long-standing belief in our culture. Listerine Mouthwash seized on it to justify buying their bitter tasting product. Listerine started out as a surgical antiseptic in 1879. In the 1920’s, when it was sold as mouthwash, Listerine focused on the importance of killing germs which caused bad breath. People bought the product even though it tasted bad. In the 1960’s Listerine had to compete with other better tasting mouthwashes. The company came up with the successful slogan, “If it tastes that bad, it has to kill a lot of germs.”1 Listerine’s ad campaign is an example of the popular idea that to be good for you, it is better if you don’t like it.

Listerine’s ad campaign is an example of the popular idea that to be good for you, it is better if you don’t like it.

Watching the Olympics reminds me of the fallacy underlying our cultural concept that liking what you do means it can’t be good for you. The hard work involved in training for Olympic events is often repetitive, requiring seemingly endless practice and consistent effort. Olympic athletes fall down snowy hills, crash on the ice while skating, and frequently hurt themselves in the course of their chosen sport. Yet, when interviewed, the athletes speak enthusiastically about how much they love what they do. Liking what they do encompasses hard work and lots of effort. Similarly, self-directed students are willing to put enormous effort into their freely chosen activities.

The relationship between children’s interests and effort was examined many years ago by the famous educator, John Dewey. In Interest and Effort in Education, Dewey made the case for children liking their self chosen activities and also putting their best efforts into them. He found that separating children’s love of what they do from the effort required to pursue their interests was a mistake.

When students attend self-directed democratic schools where they can explore their own interests, they are willing to endure the difficult – even painful – parts of learning and doing what they love. Just because students are enjoying what they are doing, doesn’t mean that what they are doing isn’t a valuable learning experience. An example of overcoming obstacles involved a young boy building a tree fort. We had a new student who wanted to make a tree fort. He loved to climb trees and imagined having a place of his own. He had no plans or materials to create his vision. He asked older students to help him design a fort. They did. He still didn’t have the money to buy the wood and nails he needed. Eventually, he realized that he needed to come to a School Meeting for funding. He got funding on the condition that an elected school representative would approve the safety of the fort before it was used. He spent many weeks getting materials and building the fort. Learning to use a hammer, saw, and tape measure took patience and meant overcoming frustration. Nevertheless, he created his fort and learned a lot about construction as well as working with other school members.

Students love coming to our school because they are free to discover who they are and pursue their passions. Children have become involved in a wide variety of activities from veterinary internships to welding. What they do here is not easy. However, living in a democratic, self-directed environment gives children the opportunity to choose their own paths with all the joys and struggles they experience along the way.


[1] Twitchell, James B. (2000) 20 Ads That Shook the World: The Century’s Most Groundbreaking Advertising and How It Changed Us All. New York: Three Rivers Press, Chapter 5.

Charlotte (Candy) Landvoigt, Ed.D. co-founded The Highland School, a democratic day and boarding school in 1981. She has been a staff member there for 36 years.