photo by Sakeeb Sabakka
Challenging Convention and Post-Secondary Education in America
Conventional wisdom says we all need to go to university, but is that really what’s best for everyone? 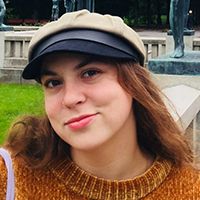 Elena Goodson is a polyglot, writer and art fanatic who is currently studying Arabic in Cairo, Egypt.

There is something called conventional wisdom. It’s what society believes everybody should know. In the States, it’s that everybody should graduate high school and then get a four-year college degree. For the rest of our lives, people will ask us where we graduated college as if it’s a monitor that says whether you’re smart or not.

It is important to me that I feel confident about my education. However, my whole life, I will be looked down upon and criticized for not completing college, labeled as a college dropout. Regardless if I speak five languages, studied at numerous institutions and have traveled the world. I guess anything that’s non-standard takes a bit of an explanation.

In America, there are very few options in regards to education because people believe you either go to university or you don’t. But these are poor choices. Students go to college and get on a path that has been set for 50 million other students. By treating them all the same, we strip them of everything that makes them unique. Maybe it will be damaging to America in the long run.

When my parents were going to school, everyone wanted the same education. That same thing that made it great in the old times, is what makes it weak now. Students today all seek the same education because that is the standard that has been set for them. However, when everyone has the same education, our ideas and thoughts become merged and the diversity that blossomed in our parents education fizzles out.

America used to be a leader in education, but our education system became too much like a business. We teach everyone the same curriculum and charge them hundreds of thousands of dollars in the meantime. Universities have become centers for profit, while students are being driven into debt at the most critical time in their young lives.

For two years of my life, I sat at a desk like every other student and studied the standard curriculum designed for the student population. I took classes that bored me to tears and classes that changed my life. Those classes that inspired me, such as Religion and Social Psychology, unfortunately, wouldn’t apply towards my degree. As far as my school saw it, they were useless.

I always knew I was not a follower. I think for myself. Near the end of my time at university, I realized there were a lot of opportunities to get a great education at a reasonable cost. There was something else out there for me.

I left school for good this time last year, halfway through the Spring semester. I wasn’t leaving my education behind, instead, I was walking to a new one. I was determined to create my own curriculum.

In this past year alone, I’ve studied at language schools in Rome, Vienna, Brussels, Cairo, and Sorrento. At each school, I spend between twenty and twenty-five hours a week in a classroom with people of all nationalities and backgrounds. Every day I learn new forms of grammar and sentence structure, advanced vocabulary, and the speech patterns in Arabic, French, German, or Italian. Every class is held in the language of study and we learn through active communication.

Last June, I attended the Cyber 2017 event at Chatham House, which is the Royal Institute of International Affairs in London. I discussed secure cyber connectivity within nation in a time of hyperconnected cyberspace. Some of the speakers included world leaders such as Meng Hongwei, the president of INTERPOL, and Aaron Kleiner, a director at Microsoft.

This past autumn, I spent four days at the American University of Cairo, at a conference where we explored research and application of new directions in an ever-changing digital environment whether in the Arab region or globally. There were panels on all forms of media that connect the Middle East and the States, including a satisfyingly specific panel on how Kuwaitis take selfies (young adults aged 20-24 take the most.) For a typical college student at a four-year private university in the United States, tuition is $30,000 a year.

As I explained earlier, every student has different interests and needs that they have to design their education around. The courses I took and conferences I attended were all what was of interest to me at the time. For someone interested in art, they could consider traveling to Egypt to study Islamic art or go to Latin America to study Muralism.

After four years of college in the United States, your debt racks up to about $120,000. In the past year, I’ve maybe spent $30,000 on my education and I’ve done so much, straying from the conventional ways of education. I have learned more than I ever imagined I could and became passionate about learning through experience along the way. I believe this form of education is more practical and economical.

This time last year, just before leaving school, I discovered Praxis. I’m not exaggerating when I say it changed my life. I had finally found a school for people who strayed from the path: people like me. Praxis is a school for people who are tired of sitting at a desk and want to work now. Every month, we study something different- marketing or writing, for example. By the end of the month, we have a big project to complete to showcase what we learned.

I left school for good this time last year, halfway through the Spring semester. I wasn’t leaving my education behind, instead, I was walking to a new one. I was determined to create my own curriculum.

After five or six months, every student starts an apprenticeship at a startup company. Note: an apprenticeship is similar to an internship, however, the apprenticeship is paid and trains you for the job as if you were already hired on salary. With apprenticeships through Praxis, we’re even going to study under the CEO and be positioned to grow with the company. I’m finishing my fifth month with Praxis and have spent the whole month pitching projects and creating value for companies that I admire. In April I will start my apprenticeship.

With Praxis, you can be anywhere in the world while you’re in the bootcamp, as the courses are online. This is one thing that has been super valuable to me. Instead of slaving away at a food industry job in San Diego, like I did when I attended community college there, I can travel the world and explore my education while also studying with Praxis.

After my time in the Middle East and Europe, I’ll go back to the States and start a new chapter in my life, one with a professional career.

I spoke with Isaac Morehouse, the founder of Praxis, who gave me his perspective on education, “At this point, going to college is little more than the path of least resistance for most. But success in the dynamic real world requires overcoming real challenges, so educational experiences that get you out of the classroom are vital for the most ambitious young people.”

Today, college degrees are a dime a dozen and employers are looking for people who stand out. Employers want people who think differently from others and even at such a young age, have real world experience. People who are resourceful, ambitious, and unique. Those are the people who will be valuable to a company and will revolutionize the growth process. With all my studies and schooling under my belt, however unconventional it may be, I have become one of those people.

Elena Goodson is a polyglot, writer and art fanatic who is currently studying Arabic in Cairo, Egypt.