Defending the Obvious
In the land of Socrates and the founding fathers of the Athenian Academy you would expect ample interest in free-thinking, democratic education. And yet, an astonishing fact emerges... 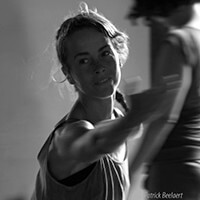 Zoë Valerie is a teacher and a mother. She has spent the past 10 years fighting for the decriminalization of alternative education in Greece.

Educational alternatives are commonplace in much of the world; democratic schools of various types, Waldorf/Steiner schools, Montessori Schools and other pedagogic models, homeschooling, worldschooling and unschooling opportunities are available to students and parents with scepticism towards compulsory schooling.

In the land of Socrates and the founding fathers of the Athenian Academy you would expect ample interest in free-thinking, democratic education. And yet, an astonishing fact emerges: Greece does not have a single school that fully represents any of the educational philosophies mentioned and, after the age of four, there is no legal option other than attending state approved schools.

The Greek Ministry for Education and Religious Affairs has never licensed a school that follows a model of education that deviates from its own strict design.

So far, there is no sign of this changing under the “left wing” government elected in 2014. The term “democratic school” was spoken a lot in election campaigns. We haven’t heard much of it since.

In the public sector contemporary pedagogical approaches can be considered punishable offences. The principal of a public primary school where the traditional, ‘compulsory’ morning orthodox Christian prayer was replaced with poetry was suspended from her job.

In the private sector the state applies equally conservative restrictions. The Greek state allows only tiny exceptions to the ban of alternative education.

Three private Montessori schools, all in Athens, which take pupils up until the age of eleven, are allowed to offer Montessorian education for two hours a day.

The rest of the day they have to follow the State Curriculum.

Rudolf Steiner’s teachings were proclaimed heretic by the church in the ’90s.

After decades of activism, this year a private Waldorf school in Athens which takes pupils up until the age of ten was accredited on the above principle.

These are the only “alternative” schools in Greece, they are geographically and financially exclusive and do not serve teenagers.

Any substantial representation of alternative philosophies in primary, secondary and tertiary education has the legal door slammed in its face.

The legal framework criminalizes deviation from the state prescription but illegal practices, such as religious indoctrination, corporal punishment and antidemocratic ideologies are allowed to flourish within schools and their administration.

Parents are prosecuted, fined, arrested and even lose custody of their children for making autonomous educational decisions.

The legal proceedings involved in these actions breach Greek and European legislation.

Compulsory education in Greece has not effectively protected the right to education in general or the right to an education according to your own principles. The interest in educational reform you would expect in this country is indeed ample, quiet until recently but ample.

There are many groups and individuals who have been intensely active in Greece for decades, more specifically since the fall of the military junta in 1974, instigating reform of the education system and, more recently, the decriminalization of alternative education.

There are teachers in public schools who offer a ‘rebel education’ applying democratic elements in their classrooms to whatever extent they can. An example is the School of Nature and Colours in Crete, a public primary school high up in the mountains which was staffed by visionary young teachers seven years ago.

Teachers have taken similar initiatives in other schools but this school did not keep quiet about it although many wished it would and some demanded it in less than conventional ways.
The pressure against learning in free environments even when it operates diligently within the given framework takes its toll.

The future of the rare phenomenon of schools run sociocratically by their teachers is uncertain.

Autonomous educational initiatives operate as informal centres for pre-school activities working tirelessly for their approach to be available to all beyond the age of four.

All over Greece people of all ages meet, sometimes living together for a while, often with prominent specialists, coordinating, learning, developing ideas towards a new education.

Many public discussions on the issue are taking place across the country as civilians begin to stand up for the rights of children, young people, parents and educators.

In May 2015 the Hellenic Action for human rights “Pleiades” in collaboration with many other initiatives and individuals composed an all encompassing legal proposal for fundamental reform of the Education System including the separation of the ministry of Education from the ministry of Religious Affairs and the decriminalization of alternative education.
We submitted this twice and never got a response.

In the land where Socrates was executed for his beliefs we, the citizens, parents, students and teachers want freedom of choice in education for all.

We want the incredible workings of young minds to be trusted and encouraged.

We are active throughout Greece to promote Democratic Education, which is based on two fundamental principles:

At the same time, we support initiatives and people who are working to improve the existing educational model and/or create new ones, and help networking between them.

We consider Democratic Education inclusive of all educational structures that practice, evolve and promote democracy in education.

“The diverse participants in Democratic Education are united in upholding the spirit of the Declaration of Human Rights and the Convention on the Rights of the Child and implementing this as the primary framework for the day-to-day practices in all learning environments” (from the New Zealand IDEC in 2015).

It is invaluable to us that EUDEC’s wide spectrum of support embraces a rich variety of educational approaches; from Democratic Schools to SDE communities, from world-schooling to International Schools that combine student centred learning philosophies.

At the heart of our venture is trust in the growing person and her/his ability to operate in communities. Our vision is a harmonious coexistence between people of all ages, beyond cultural, economic, academic, geographical and social dividing lines. We are guided by the 5th Article of the Greek Constitution which guarantees to everyone “...the right to develop their personality freely in all aspects that compose it”.

Our basic aims are:

Things are not getting easier...

While all the above aims are steadily being met, the resistance to educational reform remains stubborn on a political but also on a social level.
An essential point of difficulty is that the financial crisis Greece has been facing for more than a decade now, has left all infrastructure and human resources weak.

There is minimal chance of financial support from the Greek community and none from the state. The people working for EUDEC Greece are financially exhausted themselves. Only the wages of teachers and lawyers and the random and unconstitutional targeted taxation sums up to amounts we can’t even fathom.

There is no capital behind our work.

We need capital to be invested, strategically, systematically and beyond the reach of financial warfare.

We are working hard to create innovative sustainable financial structures so that cooperative financial organisation can become a steady and dependable source of capital for unleashing the growing potential for radical change.

Why we are calling out to the international community:

We thank you for your attention throughout this long article and look forward to creating meaningful relationships of cooperation with the world of activists and practitioners working for the protection and empowerment for children and young people.


This article is based on an older article written by three authors, Wolfgang Knorr, Zoë Valerie, Dimitris Lajios. Zoë Valerie, edited, updated and expanded it into this article.

Zoë Valerie is a teacher and a mother. She has spent the past 10 years fighting for the decriminalization of alternative education in Greece.