What Happens When People Start Designing Their Own Learning Paths?
How I designed an “informal PhD” and what other folks are doing in the same direction. 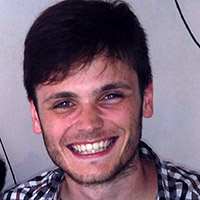 Alex Bretas is passionate about building self-directed learning communities. He is the author of several books in the field of Self-Directed Education in Portuguese, including Informal PhD, avaliable also in English here. He is a member of Teya, an ecosystem of innovative learning initiatives in Brazil, and one of the co-founders of ALC São Paulo, the first Brazilian Agile Learning Center.

What if you engaged in an informal PhD research project?

At the very moment I arrived in this new, overcrowded city, a spark was lit inside me and I found myself deeply interested in alternative education (my college degree and previous work experience were in public administration). Coming from a family of teachers, it shouldn’t have been a surprise to me. However, my main interest was in people who, without the constant guidance of teachers, designed their own learning environments in an independent and collaborative way.

Even so, I was a little afraid of taking this weird, risky, hard path myself.

For this reason, I did what most people my age and from a similar social background would do: I started looking for a university and applied to a graduate program. For several months I studied for the entrance exams and worked hard on a research project. When the application process was about to begin, my brain  —  or my heart, if you will  —  wouldn’t stop telling me that there must be another possible and exciting route to take.

A friend of mine, André Gravatá, had already chosen that route and he called it Informal PhD. I asked myself what could happen if I chose to deepen my discoveries outside of the conventional system. After all, since my key purpose was to understand the dynamics of free and independent learning, this seemed a coherent move. Why not try to be an independent learner myself? I felt intuitively that this was the right thing to do, and so I jumped on it.

Three months later, I launched a crowdfunding campaign to support my studies. The main goal was to publish a book with all the research findings as well as my personal discoveries, so that more people would feel inspired to choose alternative paths in education.

Don’t get me wrong: universities and other formal educational organizations can still offer great learning experiences. Also, their networks are highly valuable (and by this I mean not only the surface level professional networking you can do there, but also the profound, lifetime relationships that are also possible). Despite that, such places can be  —  and frequently are in my experience  —  overwhelming for those who:

Throughout my Informal PhD journey, it was easy to recognize in myself the three elements stated above. I was hungry for freedom, innovation and purpose. My hypothesis was that people in most conventional learning settings often suffer from epistemological oppression. They aren’t able to choose which knowledge they’re going to build on, which vision of knowledge they’re going to embrace or how they’re going to learn. Instead, knowledge is built over them. The “right answers” are dumped on students without any consent. When I realized that, I knew I had to do something about it...

It follows that if your learning process is meaningful and you’re able to share its results with the world, then lots of people will want to hear your story.

Two years have passed since the crowdfunding campaign and I’ve since self-published two books, Informal PhD and Outside the Box Education Toolkit. At this point you might be asking yourself: “How can he ensure the quality of his work?” “How can he even measure it?” “How can he expect recognition if he didn’t receive any certification?” I asked these of myself multiple times. We could talk about these topics forever, so let me craft some straight-forward answers for you:

My Informal PhD helped me make a career shift from civil servant to researcher, educational writer and learning facilitator. Since deciding to take this path, I’ve been immersed in exciting learning opportunities on the theme I’m most passionate about  —  learning itself. But here is the kicker: me and Alan Webb are far from being the only ones!

Alan is one of the co-founders of the Open Master’s Community, a provocative offer for those who crave a more intentional, authentic and independent learning trail. Open Master’s is both a self-declared master’s degree and a grassroots community. When I heard about it, we had already been working on the Informal PhD community for a while, so you can imagine how pleased I was. Both movements emerged almost simultaneously and the founders didn’t know about each other (as far as I know)  —  a synchronicity that points out to the ongoing educational transformation we’re experiencing all over the globe.

What does happen when people design their own learning paths? They get recognized by their real-life accomplishments, not by their old-fashioned diplomas. They discover who they want to be and learn to work hard to get there.

The self-declared master’s is defined by their community members as an “unconventional education you design for yourself around a vision of the person you want to become”. When you see this statement, you may wonder: “Isn’t this the point of all educational pursuits?” The fact is: creating the vision yourself and seeking it by your own means really makes all the difference. In other words, it really helps you become the person you want to become, even if your desired-self changes along the way (and the odds are high that it does).

Open Master’s members don’t embark on this journey alone. They create support groups to help them sustain their learning efforts and share difficulties and discoveries. We did a similar thing with the Informal PhD Circles, as we traveled to different cities in order to connect with local groups who were interested in taking an independent educational path.

There is also a British adult learning project, called Enrol Yourself, that is completely based on group interaction. Since the beginning of the experiment, its founders Zahra Davidson and Roxana Bacian believed that if they could maximize freedom during learning and still conserve a minimum structure built on meaningful social interactions, they would achieve great things.

Their choice for making this happen is well represented by the learning marathon concept, which according to them is “a way to harness the potential of peer groups, infinite content and a networked world for personalised, flexible lifelong learning”. A typical learning marathon is one-year long or more precisely, 26 bi-weekly peer group meetings  —  the exact same amount of miles in a real marathon. By designing their own routes, completing learning experiences and even co-organizing a graduation event, the members of the group develop the skills they need to thrive in the working world. Or maybe even question it.

Therefore, what does happen when people design their own learning paths? They get recognized by their real-life accomplishments, not by their old-fashioned diplomas. They discover who they want to be and learn to work hard to get there. They acquire flexibility to deal with changes in the work environment and life altogether. They build up the courage to create new possibilities in whichever field they’re in. And, on top of that, they simply learn what they want to learn  —  often really cool stuff.

To design your own educational path is to make your learning more consistent, intentional and coherent with who you are. Nowadays, instead of wondering how my life could have been if my rigid academic experiences were different, I prefer to focus on what I can achieve as an independent, connected and lifelong learner.

What could you achieve?

Alex Bretas is passionate about building self-directed learning communities. He is the author of several books in the field of Self-Directed Education in Portuguese, including Informal PhD, avaliable also in English here. He is a member of Teya, an ecosystem of innovative learning initiatives in Brazil, and one of the co-founders of ALC São Paulo, the first Brazilian Agile Learning Center.