"Every brain is unique" by MissLunaRose12
Embracing our neurodiverse children for who they are, not who they should be 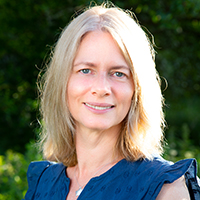 Esther Jones is from the UK and has been unschooling her three children for four years. She shares their story on her blog.

I’ve just had a long conversation in the kitchen with my 14-year-old son about the pros and cons of different political systems. He is fascinated by how countries are run and the merits and drawbacks apparent in different forms of government. Borders, taxation, economics, healthcare, voting systems — these are all areas he applies his mind to. His arguments are invariably backed up by sound research and he always runs rings around me. In fact, our debates might be considered homeschool politics classes. The only difference being that I’m the pupil and he is my patient teacher.
I think that his love of politics is born from his unwavering belief in fairness and justice. He is fascinated by the ancient Romans and has strong views on the virtues of different emperors. He is also preoccupied by how people could live better, so he is interested in modern architecture, sustainable energy, and how cities can favour or disadvantage their inhabitants. When we have these conversations I am amazed at how his mind works. His moral code is strict, but his imagination runs riot, and his thinking is fast and clear. He can simultaneously hold in his mind the big picture alongside mindboggling amounts of intricate detail.

My son is diagnosed ASD with a pathological demand avoidant profile (PDA). Between the ages of six and ten, he went to an alternative school where classes weren’t compulsory, but where nonetheless he felt frequently overwhelmed and had many clashes with teachers and other children, often exacerbated by the lack of fairness he perceived around him. Anyone familiar with PDA will know that they can suffer crippling anxiety when they feel out of control. This can lead to many different reactions, such as meltdowns, a need to control others, shutting down, and in some cases, aggression. School environments can be particularly harsh places for these children.

Without the confusion of other people’s opinions of how he “should” be, he has also acquired a huge amount of self knowledge and has devised many ways to deal with his anxiety.

Parent-teacher meetings at the school invariably dwelled on all the things that needed to be ‘worked on’ (we didn’t have a diagnosis at that point, though I’m not sure that would have changed much). I would leave these meetings with a heavy heart and some vague commitment to helping my son be less anxious, more cooperative, more compliant, more something he wasn’t. I found myself focusing on ways to help him change, whilst knowing that this was neither fair nor possible.

The pressure for neurodiverse children to conform can be debilitating for the child and the parents. And, it can easily work its way into our relationships, infusing them with anxiety and tension — it becomes hard to celebrate our children for who they are, whilst simultaneously allowing ourselves to listen to what other people think should change. Perhaps it is easier to cling on to the belief that if they can just adapt and conform within the system, everything will be fine, than to face the alternative. Why? Because the alternative involves a big leap into the unknown.

The pressure for neurodiverse children to conform can be debilitating for the child and the parents.

Luckily, as it turns out, my son would not conform. Conforming is not a part of who he is. And so, four years ago, we figured that there had to be an alternative. We took him and his brother out of the school to see how they fared at home with their younger sister, who wasn’t yet school-age. We didn’t really have a plan and didn’t know much about self-directed learning. Our attitude to education so far had been relaxed, and our sons had both learned to read by themselves. But, I was still concerned about learning and exams and what would happen if we just checked out of the system. At the time, we didn’t know anyone who homeschooled, never mind unschooled.

And so we settled into a new way of life. I can’t say when things began to shift for me but, away from the pressures of school and other people’s opinions and thoughts, I started to see my son in a new light. His fine motor skills and attention to detail, his ability to concentrate for hours on a task if he so chose, his determination and self discipline, his unconventional way of thinking, his limitless imagination. He and his brother and sister would spend hours playing imaginary games — one long exercise in compromise, negotiating and peacemaking. His interests became more sophisticated and it was around this time that he discovered ancient Rome, history and politics. Long conversations and debates on everything under the sun began to be an important part of our days. My worries about maths and grammar started to pale in the light of all of this. I began to read about unschooling, and realised that this was the only way forward.

Away from the pressures of school and other people’s opinions and thoughts, I started to see my son in a new light.

There were still plenty of difficult moments, but in the absence of outside pressure, I stopped trying to “fix” things. Instead, I tried to understand more and to change my expectations and my responses. Many of the issues that had been the focus of those exhausting teacher meetings disappeared. We have all had to deepen our understanding of each other’s needs and limits. We have had to learn how to express ourselves honestly, and to be kinder and more forgiving with each other. The different sensory needs and the easy overwhelm that can happen still causes arguments, particularly when one person’s playing is another person’s noise. But these moments eventually end in hugs, apologies and explanations.

On his own terms, my son has been able to explore his interests and his passions, and these have turned out to be many. He has had the time and space to develop his ideas and to delve deep into them. He is a generator of ideas, from inventions to computer games and businesses, and hardly a day goes by without us mulling over the merits of his latest plan. Without the confusion of other people’s opinions of how he “should” be, he has also acquired a huge amount of self knowledge and has devised many ways to deal with his anxiety. He understands what his limits are and, as a family, we try to respect them and work with them rather than push against them.

It has been four years since he left school. I think of all the things I would not have seen in my son had he continued. Between myself and the school I think we would have extinguished so much of this fascinating, unconventional person in our efforts to get him to fit in. I see the world around us, the speed of technology, the need for humanity to change its ways, and all the unknowns that lie ahead. And, I see this person with his limitless mind, his need to challenge the status quo, and his high principles. I am thankful that we gave up trying to make him fit in. He is defined by what he is, not by what he is not, and he seems to me rather perfectly suited to the future.

Esther Jones is from the UK and has been unschooling her three children for four years. She shares their story on her blog.