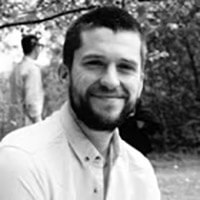 Arthur Grant is a child play theorist, educator, and a father. As chief editor for Muddy Smiles, he advocates for (loads) more play within education and at home.

Families who participate in Self-directed Education have many hands-on examples of how the process benefits their children. Though the number of scientific studies published on the topic has been historically small, the past few years have led to the emergence of research speaking in strong favor to the benefits of the unschooling experience. Here are six ways in which science has demonstrated the efficacy of self-led learning.

1. Development of affinity for learning
The role that Self-directed Education takes in connecting kids with things they’re passionate about can help to create a genuine enjoyment of learning that carries on throughout their lives. In one of the dominant studies on unschooling outcomes, psychologists Peter Gray and Gina Riley interviewed 75 adults who’d participated in self-led education. They established that seeking higher education was a priority for many adults who’d been unschooled, with 83% noting that they’d sought higher education of some type, and 44% noting that they had completed or were presently enrolled in a bachelor’s degree program.1

3. Development of higher thinking skills
Making a hypothesis, finding a solution and examining the details of a situation all demonstrate a more advanced level of thinking, which is something that children begin to master through life experience. While kids develop these skills at different rates, a 2018 study on advanced thinking skills and alternative learning offered results suggesting that those who are educated at home demonstrate a greater depth of thought. In the study, nearly 50 home schooled children were assessed for their capacity to generate and understand sequences, problem-solving and inference-making skills, and use of reasoning to determine cause and outcome. Results demonstrated that home schooled kids seemed to pick up and use these skills more easily than their traditionally educated peers, which may owe to their familiar learning environment and one-on-one attention.3

4. Reduction in phobias and feelings of fear
Anxiety and mild phobias aren’t at all uncommon during childhood, a time when kids are experiencing many firsts and learning through doing. Finding the tools to cope with their feelings of fear is an important part of growing up healthy, and opportunities for independent exploration can make a difference in the confidence level of children. A 2011 study on the evolutionary role of risk-taking in children’s play spoke to this in an interesting way. The study noted that the small, low-danger risks children often take while engaging in unstructured play are a form of boundary testing that allows them to feel more comfortable and confident. This often results in the diminishing of fear and anxiety and allows children to have more significant feelings of control.4

5. Improvement in familial closeness and sibling relationships
Having a close and trusting bond with their family is something that helps kids thrive in every area, improving their confidence and helping them maintain a healthy emotional life. The time that families spend together when education is self-directed can correlate with an increased level of closeness, as many have observed and Peter Gray’s 2013 study on the challenges and benefits of unschooling illuminates. Of the 232 respondents to Gray’s survey, a large number mentioned that the time spent together in an unschooling environment had led to improvements in both the parent and child bond and the closeness of siblings.5

6. Creates a more dynamic social life
While all versions of education should involve a social component in order to prepare children to work with and relate to other people, the classroom environment may be given an undue amount of credit in facilitating socialization opportunities. Gray and Riley’s 2015 review of adult unschooling outcomes included the social experience of participants, with parents of unschooled now-adults reporting that their children consistently interacted with a varied range of people. The dynamic nature of their interactions may result in greater social aptitude when interacting with people of varying ages and backgrounds.6


Learn more by going to https://muddysmiles.com/unschooling-evidence/

[6] Gray, P., & Riley, G. (2015). Grown unschoolers’ evaluations of their unschooling experiences: Report I on a survey of 75 unschooled adults.

Arthur Grant is a child play theorist, educator, and a father. As chief editor for Muddy Smiles, he advocates for (loads) more play within education and at home.