An Experiment in Schooling
Living in Costa Rica leads one unschooling family to examine the culture of institutionalized schooling. 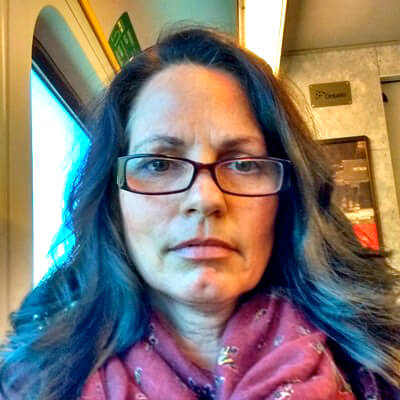 Janet LoSole is a freelance writer living in Ontario, Canada. World travel is the primary curriculum resource for her two unschooled daughters. Janet has taught ESL internationally since 1994. She writes about homeschooling and traveling.

I quit my job in marketing to become a teacher. During my training I practiced in classrooms full of elaborate learning stations, led by dedicated veteran teachers in well-funded schools. I taught for one year before I became pregnant. I was relieved, not just because my problems with infertility were resolved, but because I could exit my second career citing a reason other than “I didn’t like it.”

I had always been a free spirit, taking off with a backpack to far flung places whenever I felt the urge. The conflict between acting on impulse and remaining restricted inside a classroom came to a head once I contemplated my own soon-to-be-born child’s education. Combined with the desire to retain the attachment-style parenting my husband and I adopted once Natalie (our second daughter) was born, it didn’t make sense to send the girls to school at all.

But he too was a world traveler, and our collective drive to traipse across the globe culminated in a colossal unschooling field trip to Central America. We dedicated the odyssey to the girls as an opportunity to learn about biology, social science, geography, history, environmental science, language arts, and international relations. All we had to do was deposit the girls at the location and let their day-to-day surroundings perform the incidental instruction. Without so much as a lesson plan, they would learn another language, for example.

So, with a leave of absence approved and the sale of all our possessions, we relocated to a tiny village on the Pacific Coast of Costa Rica.
At first, the girls were shy with the neighborhood children, avoiding them and clinging to us more than usual. They asked me to teach them basic words and phrases in Spanish to breach the culture barrier, but they still felt like outsiders, even after many weeks. Late one night my husband broached the idea of sending the girls to the village school so they could learn Spanish and meet other kids. After much gnashing of teeth and hours of conversation, we discussed the option with the girls. Without hesitation, they agreed to be enrolled.

I considered this an ideal opportunity to revisit our original decision to unschool the girls and note differences between schooling and unschooling. I made a pros and cons list based on our girls’ experiences at school. Unsurprisingly, over the weeks turned months of their attendance—punctuated by trips to volcanoes or kayaking at the beach—my cons list surpassed the pros.

But there were pros.

The school they attended boasted a student-teacher ratio of about 8:1. Both girls received focused attention from their teachers because of that low ratio, and this affected their absorption of Spanish favorably.

Children did not limit themselves to same-age friends, and I witnessed on several occasions, genuine acts of kindness and generosity among peers. We also appreciated the cultural difference that allowed the teachers to be affectionate with their students, often greeting them with a kiss and a hug, especially the younger ones.

They picked up some abilities, like penmanship. The fine motor skills they possessed were reserved for intricate drawings, jewelry making, and sewing. When they started school, they were shocked to discover how well other kids could write (the physical act, not the creative). Jocelyn told me it was time to improve her printing and learn cursive writing.

Eventually, they learned Spanish, something they could not have accomplished so quickly any other way. Specifically with Jocelyn, it seemed that a light switch was turned on when she came home from school one day speaking near fluent Spanish.

“What happened to you?” I asked her.

I have brought up this seeming spontaneous fluency in another language with others and was told that children, especially immigrant children who are raised in one language and arrive at Kindergarten with no knowledge of a second language, experience this “light-switching” moment. I haven’t yet met a person who didn’t nod knowingly when I told them how easy it seemed for the girls to learn the language. This begs the question: If adults, especially teachers, understand that the spongy minds of children are suited to learn another language from osmosis, why don’t they demand that classrooms be designed with this concept in mind? Examples might include wall-to-wall books, exposure to classical music, and laptops at each desk to inspire creative writing.

The girls’ attendance at the school enhanced our relationships with the local townspeople. I had been volunteering at the local community center for several months, teaching Conversational English, and several of my students were either teachers or parents of the elementary school students. Now we were developing deep friendships with families because they saw me at the school several times a day picking someone up or dropping someone off—something they could appreciate in this family-centric culture.

Despite these pros, the cons were significant.

We perceived the curriculum to be flat and homogeneous. Back home, we became excited about recognizing our children’s individual tastes and strengths. We had created a close, nurturing environment out of which we tailored learning opportunities based on our observations. Now, we had standardized testing to deal with. We gave Jocelyn permission to be absent from writing exams. I reminded her, ‘You are only there to learn Spanish, you don’t need to write those exams if you don’t want to.’

She rolled her eyes. “Mom, I’m gonna ace them.” In the end, she felt confident that she would do well and could not develop a strong enough argument to be absent from them that the school administrators would possibly understand.

That afternoon she flew in the door, slammed her math exam on the table and yelled, “I only got 86 percent!”

Considering the test was written in Spanish, I’d say it was an outstanding achievement.

I looked at her face and changed tactics. ‘Let me see it.’

She handed it to me and looked over my shoulder as I went through each question. “Wait a minute, what does this mean? Give me the dictionary.” It took me a couple of minutes, but I deduced that question number five, worth twelve marks, asked students to write out the numbers that followed the examples. In Jocelyn’s case, she wrote: “46, 47, 48, 49”, after the example “42, 43, 44, 45”. However, the Spanish instructions indicated that the students were to write out the numbers in words.

“I can write the words!” She took the paper from me, scribbled out the answers and handed it back. All correct. Spelling and everything.
“Let’s go over to the school and talk to the teacher.”

When the teacher saw us at the door to her classroom, she came over to us.

“Disculpe profesora,” I said in Spanish. “Jocelyn misunderstood the instructions for number five.” I showed her the exam.

She looked at it, smiled, took a pen, wrote something and handed it back without a word. 98 percent. Just like that.

Jocelyn clutched the paper like it was a precious piece of gold and my heart fluttered at how something so insignificant to me could render her so emotional.

In their brief time at school, the evaluation methods continued to appear arbitrary and inconsistent. Whereas Jocelyn’s exam could be altered without question, Natalie, at six, was criticized for coloring outside the lines.

Then we learned how much anxiety a family can go through if their child is experiencing problems. More than once, we approached administration to discuss our discomfort with something. How many other parents had experienced sleepless nights thinking there were no options for their child but to continue sending them to a school where they were bullied, overlooked, bored, unhappy, depressed, “failing,” underachieving, daydreaming or thinking inside the box?

However, it was the total denial of the child’s free will that made it so difficult to accept ever sending a child to school. I jotted down: Con- lack of free time. To a typical schooler, this would require some explanation. Because we perceive free time, and the boredom that sporadically arises during it, as a pathway to creativity and opportunity for self-discovery, we saw the regimentation of time as a negative. And oh,the boredom! The moment I saw Jocelyn sitting at her desk with her body drooping down in the seat, leaning her head back against the chair and staring catatonically at the ceiling I knew the experiment was over.

We considered this a lesson in learning about cultures. Not just the culture of the region, but the culture of institutionalization, the culture of schooling. When we compare our brief time as schoolers to the backdrop of the adventure in its entirety, (setting up camp on the shores of the Playa Majagual in Nicaragua, for example), we are convinced again that nothing, nothing can surpass the world as classroom.
Our experience has revitalized our decision to continue homeschooling, if ever it needed revitalizing. Back home the exotic locale is absent, and we look wistfully at the snow plow lumbering by. Boredom is setting in. And that means the Legos will come out, or the paper-making kit, or perhaps someone will bake cookies. Maybe the girls will settle for reading a book in bed. But whatever they do, it will be their choice. For us, this pro outweighs all the others.

Janet LoSole is a freelance writer living in Ontario, Canada. World travel is the primary curriculum resource for her two unschooled daughters. Janet has taught ESL internationally since 1994. She writes about homeschooling and traveling.