Free From the Start: One Child’s Progressive Path to Educational Freedom
One family’s response to that moment when the “progressive” school they picked just wasn’t working 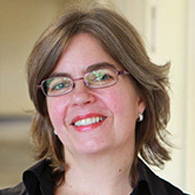 Mercer Carlin is the mother of a self directed learner and passionate about making SDE available to children worldwide. She currently serves as a Coordinator of the Agile Learning Centers Network.

To be honest, I wasn’t thinking about schools, and I wasn’t looking for a book recommendation. But a few months before my son was born, the man that my ex and I chose as our sperm donor/dad suggested a book. Reading it changed everything.

The book was Free at Last: The Sudbury Valley School, by Daniel Greenberg, and it introduced me to self-directed learning. Greenberg’s basic principle is that children are compelled to learn what they need to learn when they need to learn it. Left to themselves, they do an amazing job of determining not only what they like, but what they need, and they instinctively know the best for them to go about learning it. This concept made immediate sense to me, and I was inspired.

Not only did I buy a whole bunch of copies and start handing them out to friends, but even before my son, Timothy, was born, I decided that I would trust his learning instincts. It wasn’t always easy—there were times I wanted to teach him things I thought he “should” know—but I kept at it. When he was five, for example, he said he wanted to learn to read, so, together we went online and looked for reading workbooks. He chose one, I ordered it, and he used it to teach himself to read. It was effortless.

Before long, it was time to find a school, and I searched for a school with a self-directed philosophy. Unfortunately, there were none nearby, so we found a “progressive” school that was child centered with only 10-12 children per class. The children were sweet, Timothy had a lot of fun, and it was a good choice.

Kindergarten went without a hitch, but in first grade, it became evident that Timothy was far ahead of his classmates in both math and reading. This could have been problematic, but his first grade teacher was excellent; she quickly was aware that he needed more advanced assignments. She kept him very engaged.

Second grade was a different story. Timothy became bored academically, and he craved social time with other children. As the year went on, instead of getting closer with his classmates, there seemed to be less and less group time, and Timothy began coming home from school increasingly upset. Together, we realized that he needed a change.

Meanwhile, a self-directed learning school had finally been founded in Manhattan, and almost as soon as the Manhattan Free School opened its doors, we visited. Despite my personal hopes, Timothy wasn’t that interested, and—remembering to try to let him figure out for himself what was best—I didn’t push. But when second grade started to go so badly, he asked to see the school again. After a day’s visit, he knew he wanted to switch. He has been there for almost five years.

After the first year, however, the school almost didn’t make it. The director and staff had been having both interpersonal and philosophical disagreements, and the school itself had cash flow issues that left it unable to pay staff and overhead. Closure seemed imminent.

The same man who recommended the book that would change my life came to the rescue. He volunteered to run the school for free if the parents would let him transform the school based on a concept he called agile learning. The parent body agreed, and the Agile Learning Center concept was born. The man with the idea was Arthur Brock, Timothy’s dad.

Timothy has flourished. People who don’t understand self-directed learning environments often are concerned about students missing out on certain “important” topics, but Timothy understands math concepts, reads and writes. He grasps and retains a myriad of scientific concepts, and he enjoys memorizing historical facts so much that he knows more about some history than I.

Since he was very young, Timothy’s passion has been computers; he started coding when he was around 6 or 7, and now—at age 13—he teaches others, he built a computer last year, and he has a small group of tech support “clients”. He currently is most motivated by spending time learning to be social and collaborative. He is trying hard to understand how to make and keep friends. It hasn’t always been easy, but it is super important to him, and he’s starting to figure it out.

Being in an environment that is not forcing an unnecessary academic curriculum, but rather is giving him the freedom to spend his days interacting with both students and adult facilitators has been perfect.

He has found that he loves facilitating conflict resolution for younger children, he likes collaborating on projects, and he enjoys being a sounding board for his friends when they need someone they can trust.

When I was pregnant almost fourteen years ago, I did some crazy things. I ate food combinations that made no sense, I had fits of glee and anger, and I slept in bursts and starts. Of course, I knew that I was bringing into the world someone who would change my life, but I didn’t know that reading a book would change both of our lives.

Being committed to self-directed education (and parenting) has been both nerve-wracking and exhilarating. I’ve had my moments of concern, but when I take a step back and ask myself if my son (now a teenager) is learning, on his own terms, the skills he will need to be a successful and happy man, the answer is 100% yes.

Mercer Carlin is the mother of a self directed learner and passionate about making SDE available to children worldwide. She currently serves as a Coordinator of the Agile Learning Centers Network.