From “Video Game Addict” to Computer Programmer
A lifelong unschooler and recent “graduate” of self-directed program Pathfinder Community School transitioned from being obsessed with Minecraft to mastering multiple computer languages in less than a year. 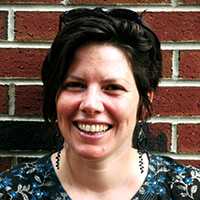 Hope Wilder is the founder and Executive Director of Pathfinder Durham. She loves witnessing young people grow wild and free.

The first time I met Uli, he was trying to hack into the library computers at a public meeting we were holding to form the founding group of Pathfinder. A pre-teen kid with a ponytail, he had a sneaky smile and said something like, “Looks like someone needs to work on their computer security.” My husband Jesse, a software engineer, was excited to talk to a young person with a kindred spirit. They spoke in languages I don’t understand, and Uli left with some notes Jesse jotted down for him to follow up on for the next time we would meet.

Uli has been unschooled for all of his life. He was a founding student at our sister school ALC Mosaic in Charlotte. His family, adventurous pioneers and hard-core unschoolers, drove 3-4 hours each way to commute from Myrtle Beach every week and put in sweat equity to help Mosaic’s self-directed learning community get started.

At Mosaic, Uli played, made friends, and also got hooked on Minecraft. His parents struggled with his interest in computers, and eventually, busy with a young baby on the way, they left the school. At some point they figured “what the heck,” and let him self-regulate his screen time. They claim that I convinced them to let go, a little bit, and trust that Uli would figure out this whole screen thing by himself.

Since we launched in the spring of 2018, they’ve started their 3- hour weekly commute from Myrtle Beach to come to Durham and put their plentiful work ethic into helping found Pathfinder. We love this family. (footnote: And we love how hardcore an example they set for folks who complain about driving 30 minutes. :p)

So it wasn’t much of a surprise when Uli became The Computer Guy at Pathfinder. You could depend on Uli to install and re-install Linux as a dual operating system on our Chromeboxes, painstakingly, over and over again, after kids would accidentally delete the operating system. (Uli: ” Why Chrome, do you make it so easy to delete the OS with a space bar??!!) He wrote down the instructions so I could manage to switch between operating systems when he was away (which I could, barely.)

In the computer room, Uli was a familiar fixture. Often claiming the nicest office chair (“the gaming chair”) Uli enjoyed “existing-” gaming, playing chess, chatting, and creating the user limitations and in-universe rules of Minecraft worlds that other kids played in. In our democratic meetings, he could be counted on to suggest buying our own server (he did the research- but it was a little too pricey for our light usage).

Once we got a Windows laptop donated, he installed a homemade program which he winkingly referred to as a “virus” which changes the desktop photo to the mascot of his (then) favorite programming language, Go. The gopher changes every 5 seconds (and I suspected it may have given him a back door to access the computer from off-site as well. )

Uli was constantly talking to anyone who would stand still long enough about programming and computer languages, which I know almost nothing about. At open houses, he would gravitate towards the parents who worked at tech companies, asking random strangers questions about the projects he was working on. His mom Laura said to me that someday, when someone asks him where he learned how to code, he will say, “Oh, just people walking by,” and be totally correct.

Having noticed Uli’s extreme interest in coding, I arranged for him to try visiting one day per week at the firm where my husband Jesse works. When he first went, he was working on altering a complex program that enabled cute “turtle” robots inside Minecraft to self-replicate like viruses, a devilishly frivolous exercise which he seemed to get a lot of enjoyment out of.

Less than six months of mentorship later, he was working on useful projects and participating in the worldwide network of collaboration in advanced programming topics.

I want to make the point clear: Uli was exactly the kind of kid that parents are most afraid of: one who is completely obsessed with computers, who spent 12 hours a day hooked to his screen, playing video games. For years.

And the result of letting him follow this obsession is that he is now a highly skilled computer programmer, and capable of doing things with computers that most people get paid for. And he’s only 15 years old.

Here’s an example to show how much the tables have turned. Many Pathfinder parents have offered giving programming lessons or advice to kids at Pathfinder. Uli has taken the time on his own initiative to learn a bunch of different programming languages, and now he is the one offering Pathfinder parents programming advice. In addition, he has his own business with over 20 clients in his home town of Myrtle Beach giving computer help.

To me, this is a case in point to argue that what adults sometimes see as silly: free, unlimited play; can turn into exceedingly useful and meaningful work. For kids, play is work. If you’re lucky, as an adult, work is play. It is not a bad time in the history of humanity to be interested in computers. And if his interests change, he knows how to figure out whatever might be next.

I never saw Pathfinder as an end destination for the kids who are members. I think of it as a bridge to the world as much as it is a world unto itself. I could see when Uli was ready to go, and I might have given him a little nudge, but he jumped straight out of the nest and flew right away. I don’t know if programming will be a lifelong passion for Uli, but I trust that he will be able to dive deep into whatever he chooses, and he will be just fine.

When you read the headline of this article, you could assume it’s a redemption arc story, the story of someone who had a problem and then “got better.” In truth, Uli was absolutely fine the whole time.

I was thinking about how Uli’s experience highlights Pathfinder philosophy. People ask me if I “guide” the kids here, and the answer, frankly, is no. As far as what I “did” as an adult in Uli’s life, I can sum it up as:

Sure, I did work pretty hard to create a place where he was free to simply, as he put it, “exist.” One of his parents emailed me after this article, and actually thanked me for being such a “self-directed learning hardliner!” (Never in my wildest dreams did I think a parent would thank me for that....)

We’re all sad to see Uli go- and even more than his technical abilities, his bone-dry wit and wry prankster spirit will be missed. I know that he was more than ready to spread his wings, and he seems to be thriving at his new “job.” As his parents said, “Uli left months ago. The rest of us are just catching up with him.”

For the first “graduate,” we didn’t have a set tradition, we are making up the process as we go along, and Uli isn’t much for ceremony or long speeches. “Adios amigos,” he said by way of goodbye at our Morning Meeting.

“Is there anything I can do for you to help mark this transition?” I asked.


Postscript: After a little over a year of internship at a local software firm, Uli has developed a deep interest in learning programming languages, including Rust, Go, Python, Haskell, and Lua. For anyone who’s hiring, he has an interest in networking, cryptography, machine learning, and security issues. His github is https://github.com/UlisseMini/ and his blog is https://uli.rocks.

Hope Wilder is the founder and Executive Director of Pathfinder Durham. She loves witnessing young people grow wild and free.