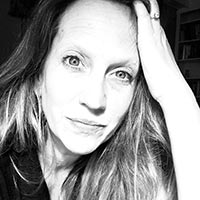 His eyes spoke what his heart wanted to shout: “I am so done with this nonsense!” He looked at me as I reread the instructions for his homework assignment. I tried to sound upbeat and positive despite knowing exactly how he felt, but instead of commiserating, I spun a web of platitudes: Let’s make the best of it. You won’t learn anything if you don’t try. And when those didn’t capture him, I reminded him he could play as soon as we were done with his worksheets. Usually, that pushed his pencil faster but it did nothing to increase his understanding of the subject matter.

He was only in the fifth grade and already convinced he was stupid. “Why do I have to have a tutor?” “The English language is dumb and confusing.” “How many more of these do I have to do?” I was the hired hand, paid to sit with him a couple times a week as soon as he got home from school to further him along, to help him understand, to make sense of the nonsense. And I could, sometimes. But many times, I failed to justify the legitimacy of the endless projects, papers, and busy work.

Our goal as a society should not be to support our educational system as is, but to re-envision a place where children are given their lives back.

One, from a young age, I witnessed one of my brothers fight his way through school. Academic stress, negative interactions with staff, arguing with my parents over schoolwork and going to school in general, plus bad grades to boot put him on a downward spiral. He withdrew from school at age 16. That was in 1985. I was 12 and scared to death for him. What was a young teenager without an education going to do with his life? His struggles in school (and life in general) would eventually be the impetus for my career in special education. I knew there had to be a better way to work with kids like him. I wanted to tell struggling children that they had a place in this world too despite their difficulties in school.
Two, I liked a challenge.

I helped families reframe their expectations and their attitudes towards the learning process in order to be an advocate for their children instead of an adversary.

I am proud to report I did positively impact children’s lives all those years inside classrooms and at kitchen tables after school. I helped families reframe their expectations and their attitudes towards the learning process in order to be an advocate for their children instead of an adversary. I helped students and their parents create partnerships with school personnel and I developed ways to make learning fun and engaging. I lived for the light bulb moments and for turning around a wayward student. I set out to help, and I did. I felt challenged regularly, and I overcame challenges. But ultimately, I would realize, I was harming students too.

By participating in a system that reduced a child’s worth to one of five letters I was inadvertently perpetuating the message that performance and outcomes were more important than one’s humanity. The dark side of compulsory schooling is that children are expected to show up with minds ready to learn and are also expected to leave feelings and emotional baggage at the door. Children are asked to separate themselves&mdash-their thinking mind from their feeling mind&mdash and to ignore their inner world in favor of an external environment that is “for their own good.” As anyone who has ever spent time in school can attest, the environment can be controlling, inflexible, and not well equipped with resources (or people) who can compassionately deal with the complexities of each and every child mandated to be there. It would take me years, not months, and many frustrated children later to become frustrated and exhausted myself with the coveted institution we call school and all the ways those involved unknowingly (and knowingly) disconnect children from themselves and therefore the world.

By participating in a system that reduced a child’s worth to one of five letters I was inadvertently perpetuating the message that performance and outcomes were more important than one’s humanity.

Stress interferes with learning and memory. Mental health is negatively affected by a sense of hopelessness, insecurity, and a risk of violence. The National Alliance on Mental Illness (NAMI) reports that 50% of all lifetime cases of mental illness begin by age 14 and suicide is the third leading cause of death in ages 10-24. Could a place we force children to spend a majority of their developing years be a culprit? Could the risk of violence in schools be adding an extra dose of stress to children? Could taking away a child’s freedom to learn and interact with information at a pace that honors his individuality be a contributing factor? Could adult’s obsession with competition and scores in our schools over compassion, collaboration, and community be leading us into a future of chaos?

What if instead of trying to cram curious, bright-eyed, full of life children into narrow measures of achievement and success we provided them with a space to flourish, adults who support and honor them, and environments where community and compassion are the norm versus the exception?

It is common knowledge that children develop at different rates and do not take in information the same way. We also know their emotional needs vary wildly depending on circumstances outside of their control. Yet we try to standardize them all which snuffs out their unique unfolding with damaging consequences. Or as Anastasia Basil so eloquently states in her essay, “Dear School, Eff your Fs“:

You fail to see that my intelligence is an ever-changing river, not a puddle for you to stand in and frown. Your yardstick measures the length of your reach, not the depth of my abilities. There is no “me” for your standards to assess, there is only the act of my becoming. How can you measure such a thing? I come to you in chrysalis form and you hurry or delay me, never do you simply let me emerge.

What if instead of constantly hurrying or delaying children in the name of education we supported each individual’s unique emerging?

In Oprah Winfrey’s beautiful book of inspirational quotes, The Path Made Clear, she says, “What an unbelievable world we would live in if everyone were doing exactly what they were created to do.”

Wouldn’t we all be better off if our children were raised in caring environments that helped them experiment and fail, test and challenge theories and ideas in order to figure out exactly what they are and are not good at? Would it not serve humanity better if we celebrated people’s strengths instead of shining spotlights on their weaknesses? I am not suggesting we do not offer support for weaker areas of development, but we need to move away from sorting and branding children by what they can not do well versus what makes them naturally shine. Can you imagine a society full of people who realize their own abilities and potential? I can.

If mental health is positively impacted by being part of a community, contributing productively, and realizing one’s own abilities, in a word: connection, then offering space for children to experience connection to oneself and the greater community seems like a reasonable thing to do. Humans who feel connected and who can act out roles and responsibilities they desire to fulfill are mentally healthier. Why is this so hard to understand?

What if instead of constantly hurrying or delaying children in the name of education we supported each individual’s unique emerging?

I realize the woes of the world can not be the fault of a single institutional system. I am very familiar with attachment theory and the impact of early life experiences on a child’s developing brain. However, given the enormous amount of time children spend in school, doing schoolwork, or planning for school during their formative years, schools in fact hold big keys to a better future. Our goal as a society should not be to support our educational system as is, but to re-envision a place where children are given their lives back. I believe our humanity depends on it.

There are compassionate, loyal, understanding teachers, principals and school staff doing amazing work daily to provide a safe environment for all children to learn. There are adults who want to overhaul the system and who desire to listen to the brain research that tells us kids under stress can not activate their prefrontal cortex and therefore can not learn new information. There are mindfulness programs being implemented in classrooms across America in an effort to bring stress reduction tools to students. All of this is well intentioned, but if the institution itself continues to operate as a standardizing machine focused only on scores and grades, then children’s unique potential will continue to be squandered in favor of external measures. By embracing the entire child&mdashmind, body, and spirit, we can slow down the exponential growth of mental health diagnoses and we can put children on a path of success that matches their needs, abilities, and ideas. In a nutshell: supporting children’s self-discovery will help us all.