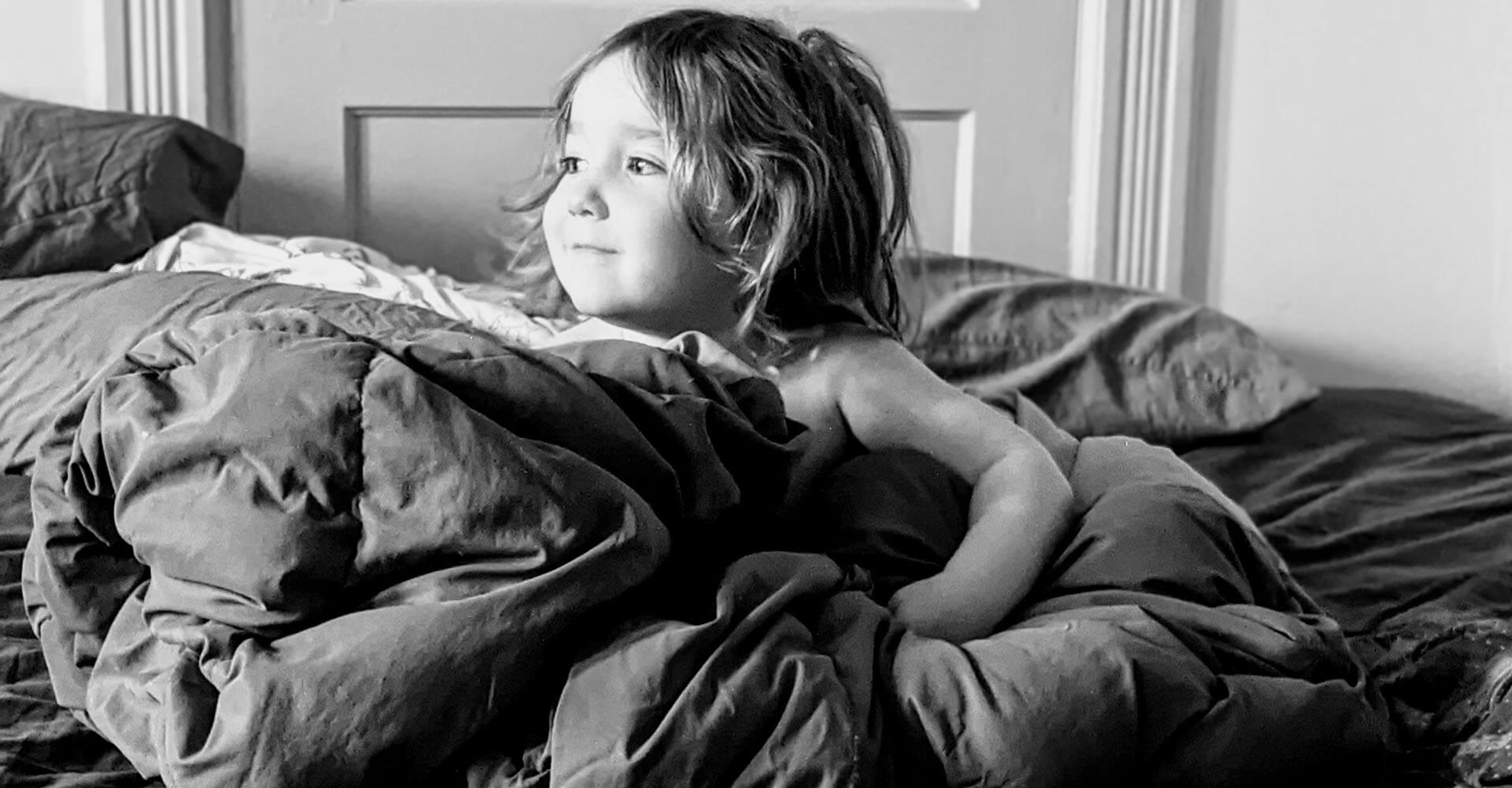 “Hurry Up” and the Rush Through Childhood
When we hurry our children through their days, are we inadvertently asking them to rush through their childhoods?

Jenni Mahnaz is a photographer, homeschool consultant, unschool advocate, Mother, and long time SDE supporter. She discovered SDE in 2011 and has never looked back.

I’m standing outside the car, freezing, sliding the door open, waiting for the five-year-old to slip her arm into the sleeve of her snowsuit so I can get her out of the car and get us into the apartment where I will hopefully and blessedly find a cup of warm tea and a lack of slushy snow seeping into my shoes.

“Yes, that’s true. Could you please put your arm in your sleeve so we can go inside?”

She fumbles for another minute with the sleeve of her shirt, determined to practice the trick she’s learned for not letting her sleeves get “bunchy” inside her snowsuit. “Bunchy” – also known in our home as “crumply”, awful, and what in the actual hell is wrong with these SLEEVES – is the mortal enemy of sensory-sensitive five-year-olds. There is no arguing around “bunchy” so I must wait.

The sleeve slips out of her fingers and she abandons her mission to pick up a book she’s dropped on the floor of the car, a book she has never, not once, agreed to actually read with me.

“I’m really cold. Can you please focus on putting your snowsuit on so we can go inside and get warm?”

I start to wonder silently how many deep breaths the average parent takes before they snap at a child who is unwittingly forcing them to grapple with their own sensory issues. I am reminded that sweating under a winter coat while shivering in the freezing cold is the sensory hell that weighed heavily in my decision to flee from New York years ago for a warmer climate. And now we’re back. Why? Why are we back in New York, sweating under a winter coat in the cold and praying the five-year-old finds the intrinsic motivation to head inside? WHYYYY??

“Mom...can I watch a show when we go upstairs?”

“Probably. Let’s get inside first and then check in on the possibilities.”

“Would you like to bring that magazine upstairs with you?”

“How do bones attach to each other?”

I just want to go INSIDE.

“I don’t know but we can look it up. Seriously, can you put your arm in your sleeve, please? I’m really cold and I don’t want to stand here anymore.”

There is a long pause where my fire-breathing five year old flares her nostrils ever so slightly as she decides if she would like to lose it on me, dragon-style, or drop her personal brand of wisdom on me. Today, she decides to drop the wisdom.

In truth, she probably would have walked happily to the door without any outer gear on because five-year-olds are universally impervious to cold it seems. But, alas, her snowsuit was around her ankles, over her boots. So, it was either off with the suit or on with the suit to get inside and on with the suit struck me as marginally easier.

Once we were finally upstairs and had found our peace, I sat with my tea and thought about the interaction at the car. I had never actually told her to “hurry up” in so many words, but I had definitely indicated my need for a speedier exit from the car. In this case, I surmised, my need to get out of the cold was reason enough to urge the five-year-old to work with me to get inside in a timely manner. After all, my needs do matter as much as the five-year-old’s need to discuss the skeletal structure. Still, my mind wandered to the other times this week that I had explicitly or covertly told my children I wanted them to act faster. There were a few moments that no longer felt so urgent in hindsight.

I heard her words in my head as I thought about our cultural need to speed our kids along. How often do we tell our children to “hurry up”? How many times in a day do we inadvertently indicate to them that taking their time with something is annoying to those around them? Can we create an environment that is truly conducive to Self-Directed Education without a reverence for slow, ambling exploration? Are we accidentally instilling a false sense of urgency in our children, the same sense of urgency that was forced upon us? And the biggest question of all... why are we asking them to rush through their childhoods?

Childhood is a finite, magical period where time has no meaning (literally) and play is an accepted form of engagement. Childhood is a concept simultaneously revered and ransacked by adults who never got the space to do it right. The childhood years are built on days and those days built on hours. If we ask our kids to “hurry” through their hours and days, how quickly will childhood slip through their fingers, fueled by a panic about not being fast enough?

We romanticize slow childhoods that allow our children to watch the clouds roll by and the wonders of the earth to unfold before their eyes... but are we facilitating and embracing that slowness intentionally?

Those of us in the self-directed community know the conventional system requires a speediness that isn’t conducive to deep exploration – we reject that in force all the time. Still, I have to wonder, even though we recognize and reject the conventional methods of pushing kids along faster, are we able to recognize the grown-up lens with which we sometimes view our kids as “too slow”? Are some of us too comfortable in our alternative mindset that the more mundane moments of saying “hurry up” slip by our awareness? In our moments of uncertainty, do we fall back on measuring our kids’ growth in terms of “behind” others or not? Is speed so central to our culture that it requires more attention to disrupt than we even realize?

Even in this pandemic, this time of slowing down and being still, it’s so easy to forget that rushing is not a necessary part of life. What if we, the grown ups, stopped asking our kids to “hurry up” and instead built in the time necessary for questions about bumble bees, unicorns, and skeletons; for the slow removal of band-aids; for getting dressed slowly and deliberately and laying seams just so against their skin? It’s relatively easy to cancel activities and socially distance and tell ourselves we have slowed down... but what about actively building in the space for slowness? What about encouraging the pokey nature of kids with questions?

We romanticize slow childhoods that allow our children to watch the clouds roll by and the wonders of the earth to unfold before their eyes... but are we facilitating and embracing that slowness intentionally? Strewing and providing opportunity rich environments are great but are we also allowing our kids the space to dawdle and take their time so that they might stumble upon something worth digging into? Are we allowing them a quiet slowness so that they might get to know themselves better?

I’d still much rather be warm and cozy while my five year old takes her time contemplating the universe. Still, maybe next time I’ll add an extra layer to my own winter gear so that I have just a bit more stamina to stand by while she thinks deeply about her world and savors her childhood. After all....

Wisdom. My girl is very wise.

Jenni Mahnaz is a photographer, homeschool consultant, unschool advocate, Mother, and long time SDE supporter. She discovered SDE in 2011 and has never looked back.