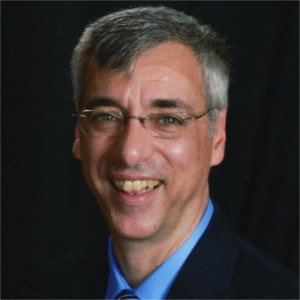 Patrick Farenga worked with the late author and teacher John Holt, coauthored Teach Your Own, and published Growing Without Schooling magazine (GWS).

John Taylor Gatto (1935–2018) was an award-winning schoolteacher and author whose public embrace of Self-Directed Education in the 1990s shocked many educators and motivated many parents to consider homeschooling or alternative schooling.

An event Gatto produced in 1991, The Exhausted School: The First National Speakout on the Right to School Choice, was evidence of John’s eclectic approach to education, featuring a variety of schooling and learning approaches that went well beyond standard charter school fare. Democratic schools, homeschooling and unschooling, and other alternatives were presented, as well as the personal stories of students John worked with, sharing how John helped them learn by getting them out of the classroom to do things in the real world. In 1990, in his acceptance speech for the New York City Teacher of the Year award, which he titled “The Psychopathic School,” John said:

Right now we are taking from our children all the time that they need to develop self-knowledge. That has to stop. We have to invent school experiences that give a lot of that time back. We need to trust children from a very early age with independent study, perhaps arranged in school, but which takes place away from the institutional setting. We need to invent curricula where each kid has a chance to develop private uniqueness and self-reliance.

A short time ago I took $70 and sent a twelve-year-old girl from my class, with her non-English speaking mother, on a bus down the New Jersey coast to take the police chief of Seabright to lunch and apologize for polluting his beach with a discarded Gatorade bottle. In exchange for this public apology I had arranged with the police chief for the girl to have a one-day apprenticeship in small town police procedures. A few days later two more of my twelve-year-old kids travelled alone from Harlem to West Thirty-first street where they began an apprenticeship with a newspaper editor; later three of my kids found themselves in the middle of the Jersey swamps at six in the morning, studying the mind of a trucking company president as he dispatched eighteen-wheelers to Dallas, Chicago, and Los Angeles.

Are these special children in a special program? Well, in one sense yes, but nobody knows about this program but myself and the kids They’re just nice kids from central Harlem, bright and alert, but so badly schooled when they came to me that most of them couldn’t add or subtract with any fluency. And not a single one knew the population of New York City or how far New York is from California.

Does that worry me? Of course; but I am confident that as they gain self-knowledge they’ll also become self-teachers—and only self-teaching has any lasting value.1

John knew how unpopular his ideas were with his school superiors and defended himself by winning Teacher of the Year awards for his actions. Though they didn’t like John helping a student sell her homemade sweaters on the street, or giving a child and her mom a trip to NJ, those were the things he was being given awards for by the city and state, so his school superiors got off John’s back for a while.

John’s ability to connect his experiences helping children learn in school to the larger trends and history of society led him to some surprising claims, that are given weight by his forceful prose and experiences. In his opening to the book The Exhausted School, John wrote:

I’ve noticed a fascinating phenomenon in my 26 years of teaching: schools and schooling are increasingly irrelevant to the great enterprises of the planet. No one believes any more that scientists are made in science classes, or politicians in civics classes, or poets in English classes. The truth is that schools don’t really teach anything except how to obey orders. This is a great mystery because thousands of humane, caring people work in schools as teachers and aides, and even as administrators. But the abstract logic of the institution overwhelms their individual contributions. Although teachers do care, and do work very hard, the institution is psychopathic—by which I mean is has no conscience.2

In one of his later books, Weapons of Mass Instruction, John decries education’s desire that schools be run on scientific management techniques and notes the irony of a system that claims to educate people to think for themselves but demands conformity.

Educated people, or people with principles, represent rogue elements in a scheme of scientific management; the former are suspect because they have been trained to argue effectively and to think for themselves, the latter too inflexible in any area touching their morality to remain reliably dependent. At any moment they may announce, “This is wrong. I won’t do it.” Overly creative people have similar deficiencies from a systems point of view.

Scientific management is always on guard against people who don’t fit securely into boxes, whether because of too much competency, too much creativity, too much popularity, or what have you. Although often hired, it is with the understanding they must be kept on a short leash and regarded warily. The ideal hireling is reflexively obedient, cheerfully enthusiastic about following orders, ever eager to please. Training begins in the first grade with the word “don’t.”3

John Gatto’s stand as a public school teacher who gave up his awards, quit his job, and openly praised and worked with democratic, alternative, and home schools, especially unschooling, was a shot in the arm for the alternative school movement in the 1990s, and his books continue to inspire people of all ages to become self-directed learners. Not everyone in the SDE movement agrees with the larger political philosophy within which Gatto framed his views of education, but essentially everyone in the movement admires his courage, brilliance, and passion in exposing the flaws of our coercive, debilitating educational system and pointing to alternatives.

I knew and worked with John Gatto on conferences and projects since 1991, and his sharp wit and intelligence were as forceful on stage as he was in life off the stage. “Sparkle and shine in the face of darkness” was his favorite saying, and I see him saying that with a big smile on his face when I think of him.

Patrick Farenga worked with the late author and teacher John Holt, coauthored Teach Your Own, and published Growing Without Schooling magazine (GWS).