A Journey from Public Schooling to Self-Directed Education
A Latinx family embraces agile learning and spearheads deeper connection for unschooling families of color in Charlotte. 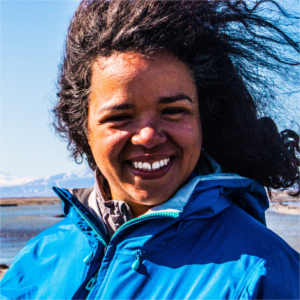 In 2013, my teenager was assaulted at our local public high school. The school handled the incident terribly and I vowed that the younger children would never go to public school. My family pressed charges on the two students (one minor, one adult). The minor received community service; nothing happened to the adult.

In an unrelated case, that adult is now in jail for accessory to murder.

Our younger children were 3 and 1 at the time, and so began a year-long search for alternative education. This wasn’t totally out of the blue for us. The older kids were in in IBO (International Baccalaureate) World School during their elementary school years. I visited Montessori schools all over the area. But with two kids headed to college and two little ones, there was no way we could afford that additional tuition. Through happenstance, I learned about ALC (Agile Learning Center) Mosaic and the “unschooling” approach. After watching Peter Gray’s TED talk, I was all in!

Now, I’ve read a lot of conversations about how one parent isn’t usually on board. It was nothing different for us. After a lot of conversation, we enrolled Izaiah, who was 4 at the time, in ALC Mosaic. My husband was not a fan of the idea, and he was not shy about telling the whole ALC parent community at our first meet-and-greet. I believe he said, “I’m here because of her. I don’t really know about all this stuff.”


My husband came to notice the benefits right away. The next year, our 3 year-old daughter started going to ALC Mosaic and it continued to be everything we hoped for, and more. You can read more about our first year at Mosaic here.

In the beginning of our third year, Mosaic announced that it had purchased a property. Unfortunately, the location is not convenient for our family, so now we are on a new journey practicing Self-Directed Education at home. This is no easy task, and we are finding our way week by week. We are actively seeking out activities that the kids find interesting: ninja warrior classes, Spanish class in our home, a local co-op and more. However, diversity is lacking and we struggle to find all the things that are important to us.

So far, I can get two of these things, not three.

I’ve recently been very inspired by Akilah Richards and the work that she has spearheaded around Self-Directed Education for Black and Brown communities. I reached out to her about her work and she interviewed me for her Fare of the Free Child podcast. Through her, I met some local women who have similar unschooling philosophies and hosted an event at my home. That event led to a momentous second meeting during which two of us decided to stop complaining and DO something. That’s when we started the Black and Brown Self-Directed Education of the Carolinas. We don’t know where this will go but are so encouraged by the interest and the messages we have received from other local parents who thought they were all alone.

I don’t know what the future holds for schooling. In the beginning I said, “... my younger children would never go to public school.” And while I hold that belief near and dear to my heart, what I have learned over the last few years is that I honestly don’t know what the next year will bring. I work a full-time day job (that I love) and my husband works nights so he can stay home with the kids during the day. We are like ships passing in the night most of the week, and at some point, we’d like to see each other a bit more often. What I do know is that we will continue to do what’s best for our entire family, and that changes from year to year because we change, our children change, our circumstances change. And that, for our family, is what agile learning and Self-Directed Education are all about; adjusting to the needs of the learner and their community, instead of trying to fit ourselves into rigid ideas that do not help our children to thrive.”