That Which Is Learned vs. That Which Is Not Learned, and the Unfair Advantage of Human Nature
When we mandate what children learn, we do not know what they might have learned, discovered, or experienced on their own. Are we needlessly smothering knowledge? 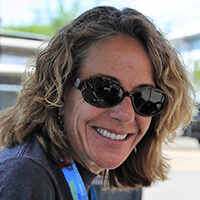 Chantal Saucier is a libertarian writer, entrepreneur, and founding member of the (not yet open) Lafayette Sudbury School. She is passionate about freedom and freedom in education. She lives in South Louisiana with her husband and daughter, and recently launched a new blog at TheNoSchoolZone.com.

Human beings learn constantly and they do so from the time they are born until the time they die. I have yet to meet anyone who did not believe this to be true. Yet, the vast majority of people also seem to believe that human beings between the ages of five and 18 will not learn what they need to know in our society if we don’t “teach” them. What would children learn if they weren’t required to absorb a pre-determined curriculum is a question hardly anyone is asking.

People forget, it seems, that this school business is a very recent invention in terms of humanity. Truth is, if our ancestors could not have learned without schools what they needed to know in order to survive and prosper, none of us would be here. By not trusting children to learn what they need to know on their own, we are essentially breaking the shopkeeper’s window on purpose, over and over again, because we do not trust that he will spend his money wisely if he doesn’t have to use it to fix the window.

Many of you are likely familiar with Frederic Bastiat’s broken window fallacy. A young boy breaks a shopkeeper’s window that now needs to be repaired. At first, everyone is upset at the broken window but after a while, some start believing that the misfortune has its bright side because the broken window will provide work for the window glazier, who will then have money to spend with other merchants, and so on.

By not trusting children to learn what they need to know on their own, we are essentially breaking the shopkeeper’s window on purpose.

Bastiat offered another view. He said that this theory is confined to that which is seen, without taking into account that which is not seen. Had the window not been broken, we do not know what the shopkeeper would have done with the money he gave the glazier. He might have bought a pair of shoes and he would have then owned a pair of shoes and a window. Now, he only has a window. Bastiat’s conclusion was that “society loses the value of things which are uselessly destroyed.”

In schools, we can see that which is learned, but we will never see that which is not learned or discovered. Therefore, couldn’t we also say that because of schools, society loses the value of the knowledge that is uselessly smothered?

The unfair advantage of human nature

Let’s now look at another famous narrative by Bastiat. In his “Candle Makers’ Petition,” which is a satire against protectionism, Bastiat suggests to the French government that they pass a law mandating that everyone cover all sources of natural light in their homes and businesses in order to help the domestic candle making industry. As a free source of light, Bastiat wrote, the sun has an unfair competitive advantage over candle makers. By mandating that residents block all sources of natural light, the government would encourage industry and thereby increase employment.

If human beings possess a natural instinct to learn, and children can learn on their own all they need to know to function in the culture in which they are born, as Peter Gray defends in Free to Learn, couldn’t we also argue that human nature has an unfair competitive advantage over educators?

And if, as Gray contends, “there is no need for forced lessons, lectures, assignments, tests, grades, segregation by age into classrooms, or any of the other trappings of our standard, compulsory system of schooling,” aren’t schools merely in place to stimulate an industry and create employment for a slew of educators, administrators and bureaucrats?

The obvious difference here is that educators and bureaucrats have won their petition against human nature decades ago and they have our children. As a society, we have come to believe that this is the way it has to be because it’s the way it has been for generations. Our windows have been closed shut for so long that most, it seems, have forgotten what the sun looks like or that it’s even there.

All is not lost, however, and your child need not be lost. As Peter Gray points out, “The time for revolution is here. It will be a peaceful one, conducted by people brave enough to walk away from our coercive schools, smart enough to resist the propaganda saying that such schooling is essential to success in our culture, and independent enough to thumb their noses at the education-industrial complex that pushes coercive schooling and makes it ever more burdensome.”

There is no need to break the window just so we can fix it; there is nothing wrong with our children. And we do not need to fight the candle makers either. All we need to do is open the shutters, uncover our windows, and simply trust that the sun is still there.


This article was originally published on Lewrockwell.com June 28th, 2013.

Chantal Saucier is a libertarian writer, entrepreneur, and founding member of the (not yet open) Lafayette Sudbury School. She is passionate about freedom and freedom in education. She lives in South Louisiana with her husband and daughter, and recently launched a new blog at TheNoSchoolZone.com.