by Antoine de Saint-Exupéry, in the public domain
Living With An Explorer 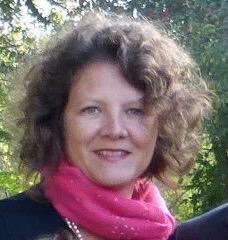 Ellen Rowland is the author of Everything I Thought I knew: An Exploration of Life and Learning, from which this essay is happily shared. She blogs about embracing Self-Directed Education at A Muddy Life.com

Like St. Exupery’s “The Little Prince,” my son, Jamie, surely fell to us from some small, distant planet where money doesn’t exist, no one suffers, and roses are treated like royalty. His need to understand and know the earth intimately is like my need to write, his father’s need to build, and his sister’s need to create. It is an essential part of him.

When Jamie was two, he tried to grasp the concept of distance as we attempted to explain why his paternal grandmother, who lived in France, couldn’t have lunch with us every day, even though he could hear her voice over the telephone and see her on Skype. In order to bring a sense of scale to his world, my husband brought home a gigantic world map and we wallpapered the hall with it, placing colorful pins where loved ones and friends lived. Red for Uncle Brian and Aunt Robin in Portland, Oregon; Blue for Grammy and Aunt Kayne in Savannah, Georgia; Green for Aunt Julie and cousins in Utah; Yellow for Mamie Flo in France; Purple for Pappy Philippe in St. Martin, and so on.

He spent hours in front of that map, craning his neck, toddling the length of the hall and as he got bigger, tracing his finger along borders, across oceans, over mountain ridges and rivers, deltas and plains, continents and seas, as though reading the world in braille. Reading words in preschool would prove to be a much more frustrating and humiliating process for him as he struggled with putting letters and words together before he was ready.

Explorers, I have learned, should never be made to go to school, not for one day, unless of course school is what they want to explore. School to an explorer is like one of those prepackaged whirlwind tours where we visit as many countries as possible in a short time frame with people we don’t know. There is never enough time or latitude to explore ideas and interests to their fullest, to take in the vast panorama of intrigue. Lingering behind or falling off-schedule in order to delve deeply is considered a dangerous distraction, but moving ahead of the group on your own is strictly prohibited. Curriculum leaves barely enough time for a snapshot or a souvenir.

Explorers are doers by design, using their five senses to fully understand people and places, the living world and all the creatures that inhabit it. They covet real experiences and require entire galaxies of freedom and space, time, and resources to follow their curiosity about the world and its inner and outer workings to its logical or illogical end. They need mighty mentors for the practical—pilots, cartographers, sailors, and archeologists—and storytellers for the dreaming who can weave a tale of adventure, of distant lands and dangerous missions.

One of his favorite ways to spend an evening is with his 73-year-old French friend who smokes a pipe and waves his arms around as he tells stories of flying across Africa, alone in his two-seater, visibility lost in a rain cloud, doomed ... until swerving to the right ... he can just make out the palm tree dotted coastline of Gabon and the dusty airstrip below.

“Now what did I do wrong?” he’ll ask Jamie and the conversation will turn to the more practical matters of piloting with common sense.

Jamie explores and discovers with bliss and purpose. His need to map the world has brought a unique cast of disciplines and interests to his life which, when charted, looks a lot like a family tree. Geography, his first love, slowly branched out to its twin, history, but also blossomed into languages, then entwined with population statistics, and spiked off to limbs of aviation, meteorology, and all things interstellar.

As the years have gone by (he is now 13), his exploration tree has exploded with new growth, nourished by travel, books, drawing, films, mentors, and other forms of self-directed learning. He is studying the official manual to get his small-craft pilot’s license in the next two years, has a firm grasp on geo-politics and world leaders, can navigate anywhere in the world on Google Earth with astonishing speed, designs and draws intricate urban plans of airports and marinas, and never fails to make people laugh with his imitations of accents from all over the world.

Like his sister, Jamie has never taken a class or opened an official textbook, although he has read many books of his choice on history and other related subjects. He has little interest in math except learning the algebra he needs to become a pilot. His vast and intimate knowledge of geography, of the remote outreaches of little known countries and minute islands, of the people who live there and their customs and languages, is a result of simple curiosity about the world and a deep desire not just to study it, but to see it, to live it, fly it, sail it, walk it, feel it. He has chosen exploration over education.

We unfortunately had to leave the wall map behind when we moved to Africa, and it was without a doubt the hardest thing for Jamie to say goodbye to. I’ve always wondered if the people who moved in after us left the map up for their children, to trace their small fingers along the well-worn trails and wonder where they lead.

Ellen Rowland is the author of Everything I Thought I knew: An Exploration of Life and Learning, from which this essay is happily shared. She blogs about embracing Self-Directed Education at A Muddy Life.com