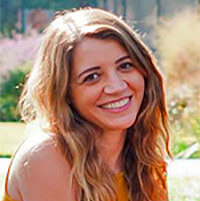 Cassidy Younghans taught in public education for 5 years before shifting her path towards Self-Directed Education. She believes in empowering kids through SDE.

Academically, I never really struggled too much in public education. I knew how to play the game: sit still, take diligent notes (I was good at this because I loved pretty pens and calligraphy), read SparkNotes, get “help” from friends, and look like you’re listening. I knew some other kids who seemed not to know how to play the game, or who didn’t want to play the game at all. For them, struggle in school was a daily occurrence.

Socially, public school was hard for a lot of people: the struggle to “fit in”, the pressure and competition of school activities, the cliques and the bullies. I was no outlier in this experience.

I think I always wanted to be a teacher, but the urge became even stronger as I was exposed to the negative experiences I witnessed and went through myself as a student. Academic and social skills are considered some of the most valuable skills built through schooling. Unfortunately, in the system I somehow succeeded in academically and survived socially, so many people didn’t. My idealism sustained me, and I believed I could become the teacher that would support these struggling students — change the world, even. I would bring joy and love of learning to every student and help them achieve academic success, which, I thought at the time, would bring happiness. I would bring comfort and care to those who are sad or having trouble at home. I would make them feel safe and valued.

This idealism was slowly, but surely, crushed by the system of public education. It took me 5 years teaching in public education to fully realize and begin taking action to change my own life path. During my first year of teaching, I was shown a TEDx Talk that would change the way I view education. This was a talk called “Hackschooling Makes Me Happy” by an at-the-time 13 year old, Logan LaPlante, who shared his version of school and why it brought him fulfillment and happiness. His version included things like interning at a local shop learning to design and sew, skiing (when most kids are in a classroom), and learning survival skills and weather patterns through community organizations. This led me to (of course) watch Dr. Ken Robinson’s “How Schools Kill Creativity”, which I found extremely important, as did about 32 million other viewers.

At first, I used these videos and spun them towards ways I could bring creativity INTO the classroom. I tried to differentiate instruction, create experiential lessons, and use engaging technology to make my classroom more like the idealistic teacher inside me imagined education could be. The Logan LaPlante way, where we focus on helping kids build a life where they are ACTUALLY fulfilled and happy, instead of preparing them for test after test after test. The Ken Robinson way, where we don’t put kids in a box and conform them like factories, but actually educate them as whole people, acknowledging and supporting their passions and strengths instead of choking them with useless knowledge.

After spending tireless hours, late into the night, planning these lessons, some of the kids still wouldn’t seem interested. They wouldn’t “buy in” to the scenario of my experiential lesson or they would zone out and get on their phones. I took this response as a failure professionally, like maybe I still needed to do more to make it “engaging”. Then, over time and after reading many more books and watching many more talks (I recommend “A Different Kind of Teacher” by John Taylor Gatto and “Free to Learn” by Dr. Peter Gray as well as the TED Talk “School is Optional” by Ken Danford), I grew to realize that the issue wasn’t with me, my lessons, or the students being distracted. The issue was the system itself.

I began to dive into the alternative and progressive educational models that were educating the whole child, and finally stumbled upon this novel concept called Self-Directed Learning, where students choose to learn what they are interested in and what motivates them, instead of learning a prescribed curriculum set up to achieve the required test scores on state exams.

As I continued to dive deeper into the rabbit hole of Self-Directed Education (there is one, and there are many more resources than you may find at first), I came to the realization that I couldn’t make the change I wanted in my classroom within the confines of the public education system. I wanted students to be empowered, take control of their own learning, and feel free to experience real life outside of the four walls of the classroom. I ran into regular obstacles while pushing the envelope in the school where I taught, including refusal to fund a field trip because the state standards weren’t directly linked to the trip (even though it would have been a very meaningful experience for students as people) and disapproval for taking the kids outside for lessons (because if they’re outside, how could they be learning?). The school culture just doesn’t lend itself to any classroom activities that are too “outside of the box”.

I want to impact kids by taking them into the real world, giving them autonomy and freedom so they can experience all of the joys and challenges of life and learning. I want them to have the greatest opportunity possible to pursue a fulfilling and happy life.

Self-direction is a fundamental skill required to learn and adapt in the rapidly-changing world we find ourselves in. The standards of today’s public education curriculum, first developed more than 70 years ago, just don’t line up enough with what skills are needed in modern life. The goal is teaching the standards, and the sacrifices to the students are so high (little outdoor time, stifled passions, achievement anxiety). But, when it comes down to it, the standards are irrelevant.

I had to begin my own self-directed path to fulfillment in my own life.

Cassidy Younghans taught in public education for 5 years before shifting her path towards Self-Directed Education. She believes in empowering kids through SDE.