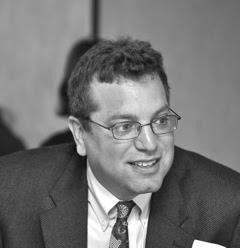 Even in the world of alternative education, North Star: Self-Directed Learning for Teens is a hard program to fully grasp. Now in our 21st year, those of you who have met me or spoken with me about the model probably most remember my mantra, “It’s not a school!” It’s easy to remember what we “don’t do“: we don’t confer diplomas, we don’t give grades or credits, and we don’t compel attendance. I often think people walk away shaking their heads, wondering, “But what do they do?” Well, like all of us in this profession, we believe we are changing lives for the better. If you have ever come to a North Star presentation, you have seen that we employ a “teen panel” approach to explain our model, in which a group of teens share how their lives have been transformed by having our community and our support to identify and pursue their interests. These are powerful sessions, and I love every moment of seeing teens describe their experiences to an interested audience.

In fact, the same week I wrote this article we held our monthly North Star Information Session in which six teens volunteered to speak to our visitors. I’m still feeling moved by what these young people shared in front of each other and with strangers. I want everyone to hear these stories and be convinced that many teens will thrive with a different environment than traditional school.

However, we all know that our reporting the dramatic successes we experience with our alternative schools and programs tends to fall on deaf ears. “Where’s the data?” skeptics ask. “No tests scores? No grades?” they shrug. For most of my years at North Star, I’ve just let it go. People who are curious and interested will be able to appreciate what we are doing, and those that need data to understand our work will just have to remain in doubt.

In the past two years, we’ve received some coaching from friends at the University of Massachusetts and the Alliance for Self-Directed Education who believe that we can in fact make a case with data. What data, you may wonder? Well, with the stories themselves. What brought our members to North Star? What did our alumni do when they first left? And after that, how about their second, third, and fourth activities after leaving North Star? It turns out that staying in touch with alumni pays off! We knew a lot of this information right off the top of our heads, and a significant commitment to connect with alumni has filled in a lot of the gaps. (Alumni are genuinely happy to hear from us once they realize we aren’t seeking money, just information about their lives!)

I’ve written up a first report of this data in two separate articles, and have chosen to share them publicly through the Alliance for Self-Directed Education as its initial release. We look forward to your thoughts and feedback. In Report One, we look at the group of North Star alumni who moved on to college, work, or other young adulthood activities when they left North Star. In Report Two, we look at the alumni who returned to high school or independent homeschooling when they left North Star.

Here are a few headlines that cover the entire alumni:

We know the process has some inherent flaws and limits. Here are a few acknowledged issues:

Overall, we are hoping to supplement our anecdotes and storytelling with some basic data that show our members move on successfully to further education, work, and life experiences. All of us interested in the Alliance for Self-Directed Education hold some confidence that seeking an alternative to traditional school makes no one’s life worse. Our options open up interesting opportunities for teens prior to age 18 and high school graduation. We each feel the thrill of coaching a bored, constrained, or limited youth to break out of the norm and do something that feels risky. I hope that this research can inspire all of us to further present our alternatives as exciting, hopeful, and effective.