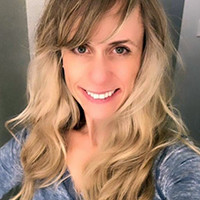 Laura Rhodes has two adult sons, both graduated from the public school system. Her three younger children have been unschooled/Sudbury schooled since 2014.

Houston Sudbury School was recently featured on the website Reason.com as part of a story exploring “unschooling”, or, as some prefer to call it, “Self-Directed Education” (SDE).

As a parent of children who attend HSS, I was excited to see the story. However, as I watched some of the comments coming in on YouTube, I couldn’t help but feel judged and defensive for our family’s choice in education. Many of the commenters were expressing concern that children will never choose to learn and that they can’t be trusted to learn on their own.

Reading the comments reminded me of my own feelings when I first heard about Self-Directed Education. It didn’t make sense to me either, especially since I had two older children who had graduated from public school. Fortunately, I was interested enough not to reject the concept outright and wanted to learn more. So, I started reading. I read everything I could find on the subject. John Holt, Peter Gray, John Taylor Gatto, along with countless websites and blogs dedicated to SDE/unschooling.

I was intrigued by what I was learning, but still, it was a huge leap of faith to give up conventional school or even homeschool in favor of SDE. It wasn’t until I spent some time with the local unschooling group, that I truly understood how competent, bright and independent these children are.

I decided to give SDE a year. I reasoned that they couldn’t fall that far behind in a year, and every website I’d seen recommended an extended “deschooling” period after leaving public school anyway, so it made sense to at least give it a try.

It wasn’t easy. At first, I found myself trying hard to engage them in anything that I valued as “academic.” In hindsight, I realize that the deschooling process – the letting go of “schoolish” expectations – was just as much for me as it was for them. Once I learned to not rank or place value on what they were learning, I relaxed considerably and we never looked back.

My 16-year-old son was interviewed for the Reason story. As I watched him talk, I was so proud of how confident, articulate, and self-assured he has come to be. I only wish those negative commenters could have seen him just a few years ago before we left the public school system and started SDE.

They would have seen a child with debilitating anxiety. A little boy cowering under his desk at school, shaking and crying. Why? Because his pencil wasn’t sharpened correctly. That small detail, combined with the constant stress of school, created a cascade of anxiety that his young brain just couldn’t handle.

They would have seen a kid sobbing as we tried for nearly two hours to get through SIX math problems. Math that his brain wasn’t ready for yet. Math that he is unlikely to ever use again.

They would have seen a boy who didn’t believe in himself because he was constantly trying and failing. Why? Because someone long ago decided so. Someone came up with this arbitrary set of goals and benchmarks to which all kids are held accountable. Then they created laws threatening funding if children don’t measure up.

At first, I found myself trying hard to engage them in anything that I valued as “academic.” In hindsight, I realize that the deschooling process – the letting go of “schoolish” expectations – was just as much for me as it was for them. Once I learned to not rank or place value on what they were learning, I relaxed considerably and we never looked back.

In justifiable desperation, schools have been forced to label, stigmatize, isolate, and medicate, anything it takes to make them pass the almighty standardized test. And for what? Do those children really “learn” that material? Or are they just forced to memorize it long enough to regurgitate it for the test?

Of all of the comments that I read, this one bothered me the most:

“Kids are born stupid and have to be taught...”

This couldn’t be further from the truth. A baby comes into this world as a blank slate, and yet within less than two years has a grasp of not only his native language but any other languages that he’s readily exposed to. Not taught, exposed.

We don’t teach our children to roll over, to crawl, to sit up, to walk. They are driven to do so, driven to move and explore, driven to be upright and mobile like the people around them. This drive is so powerful that even when they fall down, again and again, they never stop getting back up.

What do we do to support this process? Do we show them “how to” books for learning to walk? Do we enroll them in “learning to walk” classes? Of course not. Instead, we encourage them, we applaud their tiny faltering steps, we comfort them when they fall, and we remain confident that one day, they will master the skill and move on to what drives them next.

Yet, somewhere along the line, it was decided that once kids reach a certain age, they are no longer capable of learning on their own. Exploring their world can no longer be left up to them. Instead, they should be grouped in rooms with children their own age, made to sit, forced to pay attention, coerced to “learn” whether they are interested or not.

Then, they are constantly compared, held up to each other as if learning is a competition, instead of a lifelong journey of discovery. Grades are handed out like rewards, and only the most compliant, quiet, and obedient among them are rewarded for their “behavior.”

Translation: “sit down, shut up, never question, just do what you are told.”

I’ll never forget an incident that happened when my daughter was in Kindergarten. She’s normally a happy little kid, but on this day, she ran in the house, avoided looking at me, and hid behind the sofa. When I gently coaxed her out, I found out, through her tears, that she was ashamed because she had a yellow card instead of a green card that day. How is it okay that a little child was shamed in this way for “talking out of turn”?

All three of my children have thrived in the SDE environment. Each of them is on their own unique path and it’s exciting to watch them learn and discover their passions. They are bright, articulate and independent. They are naturally curious, the way kids are supposed to be. They never stop learning.

I am confident that my children are learning how to learn. There is no window of opportunity that is going to close, that will prevent them from learning whatever they want or need to learn when they are ready for it.

Does going to Sudbury school mean they stare at their phone and game all day? Absolutely not. Only one of my three regularly games at school, but that’s certainly not all he does. They are all active and involved in the school community. Both of my boys have held elected positions, and they have a deep appreciation for the democratic process of the school and their responsibilities as members of the community.

When my older boys were in public school, I can remember them seeming to “shut down” when they got home. I’d be lucky to get a few words out of them before they’d go off to trudge through their homework, then they’d spend what little was left of their evening zoned into their games or television.

I never see that with my Sudbury kids. They bound into the car with as much energy and enthusiasm as they bound out of it when I drop them off in the mornings. Most days, we talk the whole drive home, anything from politics to factorials, memes to world affairs. They get into heated discussions and ask endless questions. Thanks to technology, the world is at their fingertips and they can quickly search for the answer to whatever they are wondering or arguing about. They aren’t zoned into their phones. They are using the tools of our modern society to quench their thirst for knowledge.

In his interview for the Reason story, my son was wearing a t-shirt for his favorite band. The t-shirt was mentioned by several commenters who recognized the band and their historically based music. My son loves music and he loves history, so he tends to listen to music based on historical events. If he hears a song that mentions something that he is not familiar with, he will look it up on his phone as he’s listening, to learn more about it. I think this is a perfect example of one of the endless ways SDE works.

He doesn’t waste hours of his life listening to boring lectures from textbooks written from a perspective of bias. He doesn’t spend his weekend creating a diorama made from popsicle sticks representing some random historical event (unless he wants to). He doesn’t stay up late, depriving his growing body and mind of sleep, so he can memorize names and dates for a test. But I would challenge any adult to go head to head with him when it comes to history.

Do I worry about their future? Of course I do. Don’t all parents? But putting them in public school certainly doesn’t guarantee success.

I am confident that my children are learning how to learn. There is no window of opportunity that is going to close, that will prevent them from learning whatever they want or need to learn when they are ready for it.

As an SDE parent, my job is to be there to encourage and support them, just as I did when they were taking those first little steps. I’m grateful that schools like Houston Sudbury School exist to provide a safe and accepting environment, where my children are free to explore their interests while learning to be responsible and involved members of their community.

Laura Rhodes has two adult sons, both graduated from the public school system. Her three younger children have been unschooled/Sudbury schooled since 2014.