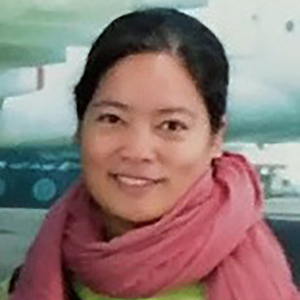 Joei Villarama has tried homeschooling, unschooling and worldschooling her two boys, and is continuously curious and learning about SDE.

Having lived in China for more than eight years, I was introduced to the problems and deficiencies of the educational system from horror stories told by students in the university where I taught for two years. After seeing the worrying effects on students’ lives and attitudes, I feared my own children languishing in the system and didn’t want the light in their eyes to go out. My anxiety about the rigidity of schooling transformed into an eager and passionate curiosity to research non-conventional forms of education such as Waldorf, democratic schools, homeschooling, unschooling and Finland’s much-admired model. As a mother of two, I wanted to understand best practices for my children hoping to expose them to broader and liberating opportunities.

My husband and I decided to embark on our dream to drive around the world which, in its earliest planning stage was a continuous loop that soon evolved into segmented portions. Last year, we drove from the north to south of China as well as visited the Green School in Bali, Indonesia. To launch my research, my Chinese friend, Donna and I attended the first Asia Pacific Democratic Education Conference (APDEC) held in Taiwan where I met ASDE’s founder, Peter Gray.

This year, for a little over three months and over 10,000 miles, my husband, two sons and I drove from San Francisco to New York, using and eventually selling the pick-up truck we purchased at the starting line. In addition to staying with friends, fellow worldschoolers and camping at National Parks, we visited various alternative schools along the way.

To illustrate the range of schools visited, some of which are not technically schools, the diagram below locates each one within the spectrum from conventional to progressive to self-directed. This spectrum is also echoed in homeschooling which runs the gamut from following a strict and formal curriculum to having none at all, the curriculum being the child himself or herself.

My interest in this whole educational spectrum lies in the possibilities of expanding aspects and spheres of self-direction, be it in the conventional, progressive or fully SDE-aligned centers and institutions. Progressive schools offer a degree of self-direction, albeit limited, and provide innovations that can be applied in public schools. For instance, laboratory schools like the Dr. Eric Jackman Institute in Toronto, deliver a platform to test, implement and disseminate education tools and methods that could lessen the negative impacts of conventional schools. The Metropolitan School may look like a regular public school on the outside but it has more features shared with the Northstar model for SDE than with regular high schools. The students often spend more days in a week taking community college courses and interning at a job, than they spend “attending” school.

As a product of Catholic education from grade school to high school to university, I carry old habits and attitudes that are difficult to change. My struggle with those ingrained habits and attitudes was part of the motivation behind our journey to visit a wide spectrum of schools.
Choosing the schools to visit came from hours of googling, watching TED Talks and networking at the APDEC. I was so excited to visit the Tinkering School after watching Gever Tully’s TED Talk. Even if I didn’t get to visit the original in San Francisco, I was grateful that the Brooklyn Apple Academy had one that Tully himself was involved with.

For this article, I shall focus on the SDE-aligned schools and centers that we visited in the United States, which I shall group into these five main categories:

What unites these schools is that the teachers, founders and staff experienced disillusionment with the status quo and have made the transition from a conventional school to their present work where they feel more joy and fulfillment as educator-mentor-facilitator. Ken Danford’s bold and courageous move from public school to establishing an SDE model for teens that has existed for more than two decades is to a certain extent, mirrored by the teachers at the Albany Free School who are happier in an environment where students don’t feel coerced.

The teachers or staff could have also made the switch from one alternative (e.g. Sudbury or Free School) to another (e.g. center for homeschoolers or ALC) where they followed their hearts which sought something more attuned to their personal philosophies.

ALC is gaining traction, deserving its own category, as it opens up more branches within and outside America. It may be a kind of “Sudbury” growing its own brand, inspired by the high tech IT industry.

Although I wasn’t able to visit a Sudbury school, I was still able to get to the office of the original one in Framingham. Some people who worked at a Sudbury school shared some points they did not agree with such as discouraging parental involvement and how “democratic” meetings can be abused.

ALCs, consistent with their “agile” philosophy, keep meetings to a minimum and don’t vote on issues, but instead go with the spirit of the discussion. Although, some students still think of it as a way of voting, in terms of length and content, there’s still a big difference between the meetings that take place in a Sudbury and an ALC school.

Just as the teachers found an oasis for their practice of SDE, the students are also grateful for the alternative with some feeling “rescued” from the prison of four-walled classrooms. There are also students who have never been exposed to anything but SDE, with their parents believing firmly in this form of learning from the get-go. The parents who talked to me were excited about the empowering quality of SDE. One father wanted to start his own homeschooling center for their area.

There are two big categories of SDE communities that I found on this trip:

In the “school” type, the kids go to school five times a week and there are still the requisite documentation for the education board. For instance, ALC still has to fit the things that they do within state regulations. The second type emphasizes that they are not a school but they provide resources and opportunities for socialization and self-development, but for the kids, these are simply places where they can be themselves without pressure and expectation.

What do they do the whole day?

Most people, including me. could not imagine what goes on in this type of school or center. “How can you possibly let loose young children?” somebody asked me, adding “Maybe high school age kids but not six-year olds.” The best way to understand would be to visit one yourself. Most such schools have a one week trial period to let the child decide if it is a good fit.

What do they do the whole day? They could be playing Minecraft, practicing on an instrument, building with Legos, attending a class being offered that day or offered weekly, hanging out, lounging around, reading a book, talking with other kids, teaching others how to code, playing football, baking cookies or bread, planting in the garden, going on a field trip, going to the park, asking questions, meeting with a mentor, organizing a class they want, and before you know it, the day is done and it’s time to go home and they don’t know where the time went. What they are not doing is getting stuck in a classroom staring at the clock on the wall waiting for the school bell to ring dismissal time.

How do they learn to read and write? At their own pace using their own way, by themselves or with the help of others. What about math? They pick it up naturally or, at some schools such as the Albany Free School, they can opt to attend basic math classes.

The Brooklyn Apple Academy and the Macomber Center both serve homeschooled kids but one is in tight quarters at the second floor of a building in the midst of Brooklyn while the other is on a sprawling piece of rolling land, in Framingham, Massachusetts, where kids have a huge amount of green space to run around and play ball.

The centers for high school age students like North Star and Princeton Learning Cooperative (PLC) have a one-on-one, very personalized quality to the education. Each student has a counselor with whom he or she meets once a week. You know how some schools claim they tailor education to fit each student but actually use the cookie-cutter, factory method with a euphemistic label? In North Star and PLC, you can really see how it is personalized. One-on-one tutorials are arranged as requested or agreed upon. I was fortunate to attend a forum at the PLC where a panel of four teenagers shared their stories of creating their own paths without formal schooling.

The Affordability of Alternatives

Sometimes, the alternatives are not within the reach of people with ordinary incomes. Think of Elon Musk’s Ad Astra, the AltSchools in Silicon Valley and international schools like the United World College and Green School. It is truly admirable how progressive schools like the High Tech High and Metropolitan schools are able to provide radical options within the public school system.

Private democratic schools are usually smaller and tuition fees vary. They are usually less expensive than the typical private school. ALC has a scaled tuition fee according to income. Depending on their personal preference and economic means, homeschooling families can choose how many times a week they send their children to centers like Macomber or Brooklyn Apple Academy. North Star prides itself as never having turned down anyone who has knocked on their doors. To enable them to continue this type of service to the community, they do a lot of creative fundraising. North Star and ALC help also others set up their own SDE communities while Sudbury Valley School sells a start-up kit for new schools.

Visiting all these alternative schools and centers in the U.S.A. has made me more curioius about alternatives in third world countries, especially those that are within easy reach of common people. Except for Raya School, the progressive schools in Manila tend to be more expensive than regular private schools and there are no democratic or schools at all. However, there is the Gopala Learning Haven which is a center for homeschoolers located in a farm setting.

In China and the Philippines, there are people who believe in progressive education, with Waldorf and Montessori as viable options, but SDE still falls under the radar or seems too revolutionary. People can’t believe there are schools where students don’t have to go to class unless they want to. “No grades? No tests?” they would ask, “What is your measure of a good education?”

When asked about testing and assessment at the APDEC 2016 round table discussion, Peter Gray said that he would evaluate an educational system based on two questions: 1) Are the students happy? and 2) Do they subsequently live satisfying and productive lives in society? The second question can only be addressed by follow-up studies of graduates..

In the future, I’d like to research about the affordability and accessibility of SDE communities in other countries. I’d like to fill up a world-wide map with pins of more schools and centers visited. The road trip through America showed me the abundant variety of options available that sadly are not as accessible in countries like China or the Philippines. The growing networks of advocates for SDE will, I hope, change that soon.

Following is the list of schools and centers that I have toured including those in my home country, the Philippines.

Joei Villarama has tried homeschooling, unschooling and worldschooling her two boys, and is continuously curious and learning about SDE.