Is Self-Directed Education Producing Model Workers For An Innovation-Based Economy?
Some education experts and “edupreneurs” are looking to Self-Directed Education as the best way to train young people for a competitive global economy. While SDE may promote the skills, additives and behaviors most rewarded in an innovation-based economy, the values of freedom and empowerment of children are in tension with the project of education as economic indoctrination. 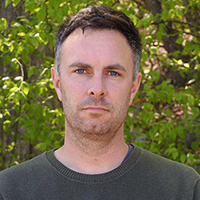 Ben Draper is a graduate of the Sudbury Valley School. He is a Director of the Macomber Center for Self-Directed Learning and a Fellow at The MIT Media Lab

“Need a Job? Invent It” That was the advice of New York Times writer Thomas Friedman in a 2013 column by the same name. If this sounds like a high expectation to place on a whole generation, Friedman assures us that it is cheaper and easier than ever before. All you need is intrinsic motivation and the appropriate skill set. And anyway, young people don’t really have a choice, according to Friedman, because the jobs which sustained the middle class of the last generation have all but disappeared. “Sure, the lucky ones will find their first job, but, given the pace of change today, even they will have to reinvent, re-engineer and reimagine that job much more often than their parents if they want to advance in it.”

Taking his cues from education expert Tony Wagner, Friedman imagines that education reform is the answer to the increasing scarcity and insecurity within the labor market. For those who cannot conceive of taming capitalism, and who see the destruction it causes in the labor market as a necessary evil, the solution to our current crisis appears crystal clear: we need to train young people to survive the stormy waves of a ruthlessly competitive global economy.

To unschool means not only to question schooling as a means but to question education as a goal.

How do we do that? By giving children more freedom and control over their own education. Or at least this is the argument being made by a growing number of economists, education experts and Silicon Valley “edupreneurs” who are turning to Self-Directed Education as a model for reimagining education for the so-called innovation era. They see children as natural born innovators, and argue that by simply empowering them to lead the learning process rather than follow instructions, and to exercise their natural capacities for critical thinking and creative problem-solving rather than having those skills trained out of them, they will naturally develop into passionate, intrinsically motivated, lifelong learners, ready to continually adapt to change and identify ever new opportunities for discovery and innovation.

In his book World Class Learners: Educating Creative And Entrepreneurial Students, University of Kansas professor and education expert Yong Zhao devotes an entire chapter to Summerhill School in England, arguing that, “Freedom to learn and authentic student leadership constitute the first fundamental principle of the new education paradigm we need for the 21st century.” Zhao, like Wagner and others, believes that the rote memorization and high stakes testing of our education system destroys creativity and imagination, the very things which will be most rewarded in an innovation-based economy, and that only by freeing children from the constraints of the conventional classroom can we hope to nurture their entrepreneurial spirit.

The irony here will not be lost on anyone familiar with the history and philosophy of Summerhill and its founder A. S. Neill. Like later pioneers within the unschooling and free school movements of the late 60s and early 70s, Neill was not interested in shaping children to fit the needs of the economy, but rather endeavored to rear free and happy children who would not succumb easily to the pressures of social and economic conformity. As psychoanalyst and humanistic philosopher Erich Fromm wrote of Neill, “[He] has made a decision between full human development and full market-place success — and he is uncompromisingly honest in the way he pursues the road to his chosen goal.” In a strange twist, though, it is precisely Summerhill’s emphasis on allowing children to pursue their own unique path and to develop their own talents and strengths which makes it, for Zhao, the perfect model for producing ideal 21st century workers. Zhao writes, “Entrepreneurs, in the broad sense, are not only a select few. Everyone needs to be entrepreneurial in the 21st century. Entrepreneurs are the ‘black-collar workers,’ a term coined by Auerswald with inspiration from Steve Jobs’ black turtleneck.”

If Neill were alive today he might not be surprised to hear that the free school movement Summerhill had sparked in America did not last long, or that coercive teaching methods were still a mainstay of our education system. But he would have to be, at the very least, perplexed by the news that freedom to learn is now being held up by education experts as the best way to prepare children for the impossible demands of a hyper-competitive economy. But the 1960’s radical alternative education ethos of non-conformity and authentic self-design becomes, under the ideology of late capitalism “outside-the-box-thinking” and the creation of an entrepreneurial self. The old distinction between “full human development and full market-place success” has collapsed. Self-actualization today means following one’s passion and exploiting one’s own unique talents in order to maximize one’s market potential.

In order to maintain the economic status quo, the implicit message everyone needs to imbibe is that work is no longer a curse or a burden for which we are compensated in the form of reasonable wages and adequate leisure time to enjoy the more important things in life, but that our work is our highest calling and professional self-realization is its own reward. When framed in a particular way, Self-Directed Education appears to be a convenient way to habituate children to this new state of affairs. Self-directed learners tend not to make a clear distinction between learning and life, preparing them well for an economy which seeks in so many ways to erase the line between work and nonwork. Self-directed learners reject the idea that learning needs to be tedious and painful but see it as the natural byproduct of following their own curiosity and engaging their interests, preparing them well for an economy which promises that work can and should be fun, fulfilling, and personally meaningful. More than anything, perhaps, our economy requires workers who, in the words of John Patrich Leary, are “indefatigable, restless, and flexible, always ready to accommodate the shocks of the global economy and the more mundane disruptions of working life, from unpredictable scheduling in service work to reduced parental leave and the outsourcing of more and more administrative tasks to fewer and fewer employees.” Here, the agility, resourcefulness, creativity and pure grit of self-directed learners could prove indispensable to the economic interests of the innovation era.

It’s not hard to see why Self-Directed Education is gaining currency among educators looking to produce model workers for the 21st-century economy. The values of Self-Directed Education seem to fit perfectly, at least at a superficial level, with the market-based ideology of “innovation” and “entrepreneurship.” But while unschooling and democratic education grew out of the 1960s counterculture and sought to liberate children from the stultifying effects of forced education, the new innovation-based economy, for all the talk of “flat organizational structures,” becoming your own boss and “passion driven work,” is far from liberatory. And the tirelessly upbeat ethos of innovation and entrepreneurship amounts to little more than ideological obscuration of the harsh social and economic realities of working life today.

I have always understood the promise of unschooling and democratic education as a modest one: freed from the busywork of school, children are given the precious opportunity to enjoy their lives. They can spend their days playing, pursuing interests and developing hobbies which could provide an endless source of enjoyment for the rest of their lives. They will have a strong sense of who they are, what’s important to them, and what makes them happy. The lucky ones might even find a way to make money doing something they enjoy. If not, then hopefully they could at least find a tolerable way to support themselves while still having enough free time to focus on the things that bring joy and meaning into their lives.

The tirelessly upbeat ethos of innovation and entrepreneurship amounts to little more than ideological obscuration of the harsh social and economic realities of working life today.

To unschool means not only to question schooling as a means but to question education as a goal. Many parents opt out of the school system with the idea that it is broken and that education can be carried out more effectively outside the school system. But the writings of Ivan Illich, John Holt and others offer encouragement to go a step further, pointing out that beyond even schooling, it is the very impulse to want to improve education, which is the more pernicious problem. For it is education, i.e “something that some people do to others for their own good,” which ultimately undermines children’s dignity and flourishing.

People still spend a great deal of time — as for years I did myself — talking about how to make “education” more effective and efficient, or how to do it or give it to more people, or how to reform or humanize it. But to make it more effective and efficient will only be to make it worse, and to help it do even more harm. It cannot be reformed, cannot be carried out wisely or humanely, because its purpose is neither wise nor humane.

While it may be tempting to tout Self-Directed Education as a way to naturally and non-coercively promote in all children the essential 21st-century skills it is ultimately counterproductive. Because it is not really promoting the values of Self-Directed Education so much as it is trying to appeal to the dominant values of our society. And even if this rhetoric of “essential 21st century skills” can win more adherents to the movement, it will only perpetuate and reinforce the belief that children need special preparation for life, that their innate curiosity and natural learning process is necessary but not quite sufficient, and can always stand to be enhanced — made more efficient, guided in a more productive direction, and so on. Presenting Self-Directed Education in this way only encourages more of the same — the anxious shaping and molding of children for their future roles in society.

The world does not need yet another method for preparing children against the dangers of an uncertain future. There is already a plethora of products, services and programs out there which prey on parents’ fears of their children being left behind by a competitive global economy. What parents and children need today is an antidote to the competitive, high pressure, fear-driven ordeal of contemporary child rearing. It can offer a radically different way of thinking about children’s happiness and success.

Years after his book Deschooling Society was published, Ivan Illich wrote that, “If people are seriously to think about deschooling their lives, and not just escape the corrosive effects of compulsory schooling, they could do no better than to develop the habit of setting a mental question mark beside all discourse on young peoples ‘educational needs’ or ‘learning needs,’ or about their need for a ‘preparation for life.'”

While we’re at it, let’s also set a mental question mark next to all discourse on children’s “innate entrepreneurial drives” and their “spirit of innovation.”

Ben Draper is a graduate of the Sudbury Valley School. He is a Director of the Macomber Center for Self-Directed Learning and a Fellow at The MIT Media Lab