How Does it Work?!? Re: Age Mixing
When kids of different ages self-direct in a shared space, they get to switch between the roles of “teacher” and “student” in ways that help everyone grow. 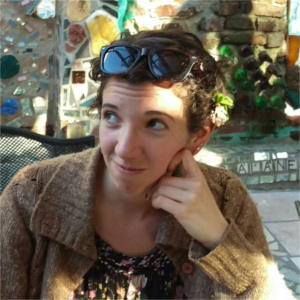 An eight-year-old hands a sheet of music to a waiting six-year-old, and I note that no one complains about their blocking the hallway for Euphonium practice. A pre-teen watches, amused, then walks off to join a class. Two groups have gathered for some collaborative video-gaming, and I wonder whether there will be any tag or chase games before our day ends...

I work at the Agile Learning Center in New York City, ALC-NYC for short, where I spend days immersed in the whirl that is young people self-directing in community.

There are many questions that I anticipated when I started this work: how do learners get exposed to a variety of ideas, how do they manage on standardized tests, can they go to college...the usual. I prepared to talk about literacy and cell phones and conflict resolution. Soon, though, I discovered the words “age-mixed learning environment” were more provocative than I had foreseen.

Having grown up with siblings, neighbors, extracurriculars, and part-time jobs, it’s always been clear to me that we spend far more of our lives in age-mixed environments than in age-segregated ones. Yet the idea of a learning space that explicitly seeks and values such diversity often startles people.
At least once a week, someone furrows their brows and asks, with sincere concern, if it’s really a good idea to have such different humans in one space.

I used to toss the question back, asking who they spent time with and learned from while growing up. Over time, though, I’ve learned that the people who ask about age-mixing are usually uncomfortable because they’re assuming age-segregation was introduced to schools to protect kids from...something. They worry about younger kids being introduced to mature media. They worry about older kids being held back or distracted. They worry that the big ones will be too rough and the little ones too loud. They worry that everything will be chaos. Understanding this, I now try to answer in ways that directly address those fears.

Some days, it feels like chaos: pillow fights in the hall and dance parties in the lunchroom. A busy Makerspace with different-sized hands on different-sized projects. Wrestling mats pulled out by the door and a flurry of doodle-covered scraps on the table.

Most days, though, it’s also beautiful. There are certainly challenges that arise from the differences in our needs and interests, but we meet these challenges as invitations to grow together. And anyway, our differences have far less to do with age than one might think.

As a community, we have some light structures in place to help us build and dance together. All students sign the same contract, agreeing to care for the space and to respect each other. They agree to come to regular meetings where we check-in on the health of our culture and problem-solve together. And then they go. They learn from each other, and they learn from the practice of sharing space with each other.

Older kids learn to moderate the content they bring here out of consideration for others, or at least to announce when they’re about to screen or stream something potentially intense. Younger kids, meanwhile, learn that they have the power to walk away from situations they don’t feel comfortable with or ready for, regardless of what their friends are doing.

The school community holds designated quiet spaces and focused work times for those who–regardless of age–need calm to stay productive or comfortable. Sometimes, having a six-year-old in the room slows down a conversation among teenagers. Generally, though, where an older kid has to take time to explain something to a younger student in an offering (our optional classes) or activity, the few minutes that sets them back seem like a small price to pay for a chance to practice patience, empathy, and leadership. Are the big ones sometimes too rough and the little ones too loud? Yes...but then they remember that we’re in a shared space, so they practice thoughtfulness and self-regulation.

They teach each other hard skills, and they help each other develop soft skills. So are we sure having everyone together is a good idea? Yes, absolutely. It’s not always easy, but it’s definitely worthwhile.

And really, it’s a much bigger deal to us adults than it is to the kids. When left to self-direct, kids are more interested in keeping a game going than in sorting players by age. They will shuffle teams, adjust goals, and rewrite rules to make a game fit as many players as they have available. Given a finite pool of potential teammates, most kids will improvise extensively so they can continue to play. We do the same as adults. I certainly didn’t pick who to have dinner with this weekend based on our ages. That would be absurd!

Almost as absurd as expecting kids to learn how to navigate and contribute to the “real world” in environments so constructed that they inspire us to use phrases like “the real world” to differentiate them from the rest of our lives.