The Only Right Way to Learn is Freely
One family’s journey of going through various methods of education, including from one method of Self-Directed Education to another. 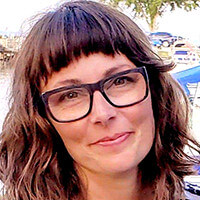 No meaningful learning occurs outside the will of the learner. We were all born knowing this, feeling it deep in our bones. We held onto that truth despite authoritarian and coercive system(s) of education that tried and failed to teach us that we didn’t deserve and couldn’t handle our own freedom. And as the number of us choosing to raise families outside those systems grows, so grows the variety of approaches to the same basic goal.

Mine is a family of unschoolers, some of whom stumbled through Catholic schooling, public schooling, charter schooling, and a brush with conventional homeschooling to get here. While we have a blended family of five children ranging in age from ten to 24, I’ll focus here on the two youngest (as they’ve had the most experience unschooling).

My daughter was about 12 when our family came to unschooling. We were living in Key West, Florida then, where three of our children were born and all five were raised for a time. She chose to stay in her charter school—among the most progressive on the island, but certainly nothing at all like a democratic school. She was free to leave (as in free to opt out of school), which is a freedom that can be difficult to navigate when you’ve never experienced it before. I felt guilt and plenty of regret about not coming to unschooling while she and the other older kids were younger, but she handled her new freedom in ways that reinforced for me how children can and do figure out what they need and want.

In 8th grade, she applied to an arts academy and we supported her choice. In fact, after we found out she’d been accepted, we made a family adventure of it and moved from Key West to Michigan’s pinky so she could be a day student at the boarding school. Building a little house near the academy in the woods was cheaper than paying for boarding, and going along for the journey meant our younger son got to experience the glory of four real seasons—something he’d never experienced as a subtropical island kid. My daughter stayed three years at the arts academy and found real value in much of it. At home she used songwriting as a release from school-y pressures.

Instead of staying a fourth year, she got an internship at a studio back in Key West, where she moved on her own and rented a room. For money, she busked at the nightly sunset celebration at Mallory Square. One night she made a couple hundred bucks. Another night she made negative six bucks. She befriended fellow artists, warded off unwanted attention from drunken tourists, and helped an older performer learn to drive and get a driver’s license (after leaving an abusive relationship). She was scared sometimes, she was broke sometimes, and she was always, always free to come home on our dime immediately. She stayed until the internship ended and says she wouldn’t change a thing about that experience or about that entire self-directed year.

When people her age were applying to colleges and universities, my daughter decided there was only one she was interested in for some good reasons (and had thought a lot about if and why she’d even want to go to college). It was a long shot but she wrote an essay about how and why to drop out of school, submitted a portfolio of her best work (most done independent of school), and was not only admitted, but got the highest merit scholarship offered. Her acceptance letter noted that the committee was particularly taken with the risk-taking in her work, which she attributes in part to being given the responsibility to choose so much about the course of her life.

My daughter’s now living in Chicago off campus in a neighborhood that scares me but that she loves, making her own way—navigating classes and a job and student loans and paperwork that she said it seems everybody else’s parents handle for them. Sometimes when she’s overwhelmed, she calls me and we think through it together. I love when she does that, but she’s under no obligation to include me.

My son was five when we came to unschooling. I remember learning that a four-year-old child in his preschool class was on ADHD medication and, at that point, began to think more seriously about the nature of coercive compulsory schooling—why we need it, and finally, if we need it at all. Conclusion: Nope. And I’m so sorry to our older kids who suffered coercive schooling (but are each amazing human beings despite it).

In Key West, our youngest unschooler spent days at the beach and at parks up and down the islands. For me, one of the most beautiful things was seeing how children visiting the Keys from all over the world, speaking all different languages, fell effortlessly together into deep play as if it was the most natural thing in the world (because it is). While many parents were non-interventionist, some were quick to intervene, which made for interesting real-world experiences for children whose parents didn’t come to their aid except in situations of immediate physical peril. These were rarely unschooling parents. In our experience, unschooling parents are not quick to interrupt or insert themselves, although I know that’s a common perception.

At home, my son chose, and still chooses at age 10, to be online frequently, where he’s made friends (and frenemies) from all over the world as well as with kids he knows IRL. He learned to read and type by wanting so badly to communicate online with kids who could read and write well and to be taken seriously by them. Adults who don’t know the degree to which he is free to learn, comment about how well he must do in school, based apparently on their perception that he is articulate and mature for his age in some ways. I hear similar things from parents of other unschoolers and from parents of long-term Sudbury students regarding outsiders who meet their children and don’t understand what a Sudbury school is.

Any rules in our family pertain to everybody, are made with consent and input from all, and are related to physical safety and fairness to all family members. Any activity my son has tried has been his idea (almost exclusively stemming from conversations with his friends, either IRL or online) and he’s always been free to quit (and sometimes has, without penalty or judgment except whatever naturally came from the organization or team affected by his decision). In Michigan, he loved Human Nature School where he chose to spend one day per week. Homeschool co-op classes have never been his thing, but he has friends who enjoy them and he respects their choices.

Every Self-Directed Education approach has benefits and drawbacks for each individual, I’m learning. There’s no perfect way to do it, I’m learning.

This year that son, who still considers himself an unschooler, attends a Sudbury school. He chose it. I was (and am) excited about the Sudbury model and had read extensively about it and shared my excitement with lots of people in my life, including him. He did a visiting week about a year and a half before he enrolled and couldn’t get the experience out of his mind. He thought a lot about it and increasingly asked about going back, so we moved from out of state again (and yes, have gone into some debt to make that happen).

I’ve worked through some rule-y and school-y fears of my own related to this approach, and have felt so welcomed by other Sudbury families. I cherish our new but very real friendships. My son dove in and was accepted and made friends on campus on day one. He wasn’t and isn’t withdrawn or many of the other stereotypes that are perpetuated about unschoolers by others. And if he were, it wouldn’t be fair to attribute those things to unschooling. Every person has their own nature, strengths, and challenges.

Part of why I love the Sudbury model is that my son is accountable to a community that doesn’t directly include me. It’s something he craved (but not everybody does or should). At school, his interests and values are being challenged in new-to-him ways. Some schoolmates have parents with technology fears who impose screen time limits on them and it becomes a topic of discussion at school. Some of that even works its way into voting matters at school. There is no such thing as keeping individual family values out of school business, I’ve learned. And I think it’s all okay.

Some Sudbury schoolmates do math and reading curriculum at home because their parents have fears about how they’ll learn what they view as essential skills for their children to acquire within a particular time-frame. We’ve had some recent discussions at home about fear and shame related to what happens when children are left to explore their interests all day. This surprises me, frankly, but it’s been good for my son to be in situations that challenge what he feels and what he places the most value on. I love that he is as free as any other student or staff members to make whatever case he wants to make, and to be taken very seriously about it, despite his age. I like that he has real power to change things on campus and that he is living there every day within a functioning democracy that’s valuable to him (and that we weren’t able to offer him on the same scale).

I miss our freedom to move about the planet on a whim. I miss lots about spending our days together. But his childhood isn’t about me. And if he decides he wants to switch things up again, he knows he is free to do that. Every Self-Directed Education approach has benefits and drawbacks for each individual, I’m learning. There’s no perfect way to do it, I’m learning. I can admire and be let down at the same time by people who are pioneers of those approaches, I’m learning.

From my perspective, the only right way to learn is freely—unschool, democratic school, or something between or outside. Let’s get over ourselves. Let’s continue working to keep our own fears and biases in check and let children get as close to free as we can in whatever ways works best under whatever circumstances we’re in right now. None of our free children get burned that way, but together, they just might set the world on fire in a way that opens up essential freedoms to all children.