photo from play:groundNYC
Educational ‘Scaffolding’ and ‘Thinking Outside the Box’
How do these time-honored educational concepts work together in Self-Directed Education? 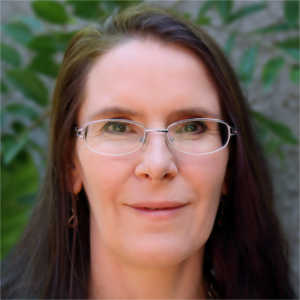 Je’anna L Clements is a children’s rights veteran, author, and unschooling mom. Her writing includes the e-book, Help! My Kid Hates School, and the forthcoming e-book, The Child’s Right To Education. She is working to open the first Sudbury School in South Africa.

We’re all familiar with scaffolding. Everywhere buildings are constructed or repaired, we see the network of platforms and poles that support the work crew, giving them access to their current work areas.

The advantage of using scaffolding is that it helps you climb higher than you can currently stand. It gives you support and access to expand on your previous achievements.

This brings us to the concept of ‘scaffolding’ in education. The idea is that a teacher or facilitator provides the learner with clues, cues, models and tools to extend their learning beyond current mastery into what Vygotsky termed the ‘Zone of Proximal Development’.

In conventional education, scaffolding is used in a way that closely parallels physical scaffolding: exact plans are in place. Scaffolding is created in advance and is carefully pre-designed. The teacher ‘knows’ exactly what the learner is ‘meant’ to achieve and provides standardised scaffolding that actively guides the learner to produce that precise result.

This is one reason why it can be hard for those of us who grew up with conventional education to understand how Self-Directed Education can possibly work. If a trained teacher doesn’t provide the learner with well-designed scaffolding, what can they possibly ‘climb’ on? Don’t they just stay where they are and go nowhere new? This is why it is easy to assume that self-directed learners will end up ‘uneducated’.

In truth, just as a toddler uses furniture to ‘cruise’ in a way that is better for their overall development than if they are put into a ‘walker’, so too do self-directed learners of all ages use their surroundings to scaffold their learning in ways that best fit their individual learning needs.

It can be fascinating to watch self-directed learners with scaffolding explicitly in mind. They have so many different ways to get what they need.

Often, they use scaffolding in a completely conventional way. Self-directed learners do sign up for courses and classes, read textbooks, and follow recipes, tutorials, and all kinds of readily available instruction. The key difference, though, is that self-directed learners choose for themselves what to access, how, when, and how much. They take what they want and leave the rest, rather than surrendering to blanket external prescriptions.

They also use ad-hoc teachers or guides.

Feeling their own need to go where they haven’t gone before, self-directed learners ask someone else, who they believe knows the terrain. Again, the difference here is that they choose their scaffolding supplier. Instead of having to rely on a designated teacher, they can go to the source that best fits their need in the moment. Often this is a peer who knows only slightly more than they do.

Daniel Greenberg believes that the gap between adult and child is often too big to be useful. To use my own analogy, a child just slightly ahead of the learner provides only a few next child-sized steps of the scaffold. An adult might unwittingly offer too big a structure, too hard to reach and grasp.

Often, a self-directed learner will get a few steps from one guide, then a few steps from another. Freedom of association is a critical resource in a self-education process. (This is also a key part of the value of a rich learning community as opposed to a socially limited learning environment.)

In addition to seeking out an external guide and ‘borrowing’ the scaffolding they provide, the intact confidence of self-directed learners means they are able to use inner guidance, too. It is common for them to create their own scaffolding by intuitively following their bliss.

I remember my son tossing aside his pencil and paper, and getting down on the floor to shape an awkward alphabet out of the contents of his toy weapons box. Only years later, discovering his ‘dyslexia’, did I understand the value of this. It’s not an ‘intervention’ I, or most teachers, could have come up with. A gifted occupational therapist might have thought of it. My son didn’t have to think. He simply did what he had always done — what his deepest self moved him to do.

Mimsy Sadofsky of the Sudbury Valley school tells of a gifted young writer who spent her final year organizing parties. This could have been seen as a frivolous waste of educational time. However, following her bliss, this student equipped herself with the social skills she needed as the journalist she was to become, to help her get the content that made her writing shine.

This is where ‘thinking out of the box’ comes in.

Conventional scaffolding limits and contains the process to that which can be reached by the pre-designed scaffold. When your whole scaffold is in place, that’s it. That’s where you can go. It is a very literal kind of ‘box’.

Even if you don’t follow that exact plan, even if you decide to get creative, once your scaffolding is up, you can only build within the area contained by the scaffolding. Conventional scaffolding restricts what you can build, and how wide it can go. Curricula, accreditation requirements, lesson plans — even just a facilitator who guides a student in line with their own expectations — all restrict the learner’s process to that which is expected and predictable.

Self-directed scaffolding that is custom-built by the learner one step at a time, can become a more complex structure. It can go up, it can go down, and it can go upside-down. You can, as my son did, learn about exponents on the way to learning about multiplication, rather than the other way around!

Self-evolved scaffolding can go sideways, taking learners into lateral zones of proximal development rather than only along vertical paths. A writing curriculum can include party planning skills. A craft activity can include physics experiments. Cooking can include chemistry, maths, and literacy — with all of this learning feeding back into the mastery of the original activity, rather than being a shift of focus.

A hundred years ago, education prepared children for known, predictable tasks and roles. Today, we literally have no idea what the future will look like.

There is no person alive today who can reliably predict what even the most common career options will be in 2050. In 2050, my son will be 45 years old — in the prime of his productive working life.

Will he be clearing up space junk? Will he be mining asteroids? Will he grow micro-greens and slug protein three miles up on a skyfarm? Will he be an inter-species translator? Or interface with robotic gear operated by nuances of eye-blink, or conscious modulation of heart-rate variability? Or will the only remaining careers for humans, be in arts and entertainment? If so, what will that look like in 2050? Virtual-reality-dream engineering?

Probably, he will be doing something I cannot even fantasize. Possibly, he may need to help invent what it is that he does.

It seems clear to me that the best I can do to help him prepare for that unimaginable future is to support his self-education capacity. Help keep intact his ability to evolve his own learning scaffolds. Protect his confidence and delight in playing outside-the-box.

Flexible, organic, self-evolved learning scaffolds are what our children most need now. A rich environment with plenty of peers and a wide range of approachable adults. An environment of trust and respect, where children learn to honor their bliss and follow their intuition.

Boxes — limited scaffolds that teach our children to follow only safe, known paths — are no longer merely limiting. Given the rapid-change years that our children face ahead, they could be detrimental.

As a species, we are entering terrain we have never traversed before.

A Self-Directed Education system is the scaffold humanity needs at this time.

Leaving behind our old educational boxes, the whole Human Race can climb to reach though our immanent zone of proximal development, to find out what We can achieve.

Je’anna L Clements is a children’s rights veteran, author, and unschooling mom. Her writing includes the e-book, Help! My Kid Hates School, and the forthcoming e-book, The Child’s Right To Education. She is working to open the first Sudbury School in South Africa.