Digital photo by Jane Arisi
Schooled
Students view school as a prison that is deteriorating their mental health and passion for learning– but also as a necessity. 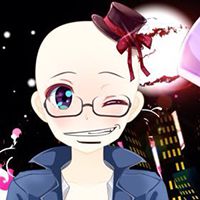 Jane Arisi is a writer, artist, and high school student. Her novel Blue-Haired Killer Queen can be found here.

Jane contacted the Alliance for Self-Directed Education looking for advice on how to convince her parents into letting her drop out of high school. I have been supporting her in her efforts to talk to her parents about SDE, and have been awestruck by her talent and perseverance. In our conversations, Jane mentioned this article she intended to have published in her high school paper. When it was not published, I asked if we could instead print it here. — Alexander Khost, Editor-in-Chief

“What’s the point?” has been the question on my mind for years. It’s not a grand, sweeping generalization of a question or an inquiry regarding the entirety of our existence, rather a simple interrogation of my schooling. What is the point of school?

Never have I gone to school with the intent of being educated; anything learned at school is merely a byproduct, and any real passion is crushed into something that can fit in the bubbles of a Scantron test. The goal of the school system is not to produce innovative individuals. It is to churn out efficient, but not empowered, employees. John D. Rockefeller, creator of the General Education Board, once said, “I don’t want a nation of thinkers. I want a nation of workers.”1 Although this was stated well over a century ago, it may as well serve as the moral and intellectual compass of modern American schooling.

Students are discouraged from expressing any distaste for their schooling at a young age. Kids who berate the fact that they are forced into spending seven hours locked in a room with twenty other children, being taught how and what to think, are labelled trouble makers and treated as problems to be dealt with similarly to a rodent skirting across a clean kitchen floor.

Kids who go to school lose their passion for learning at a young age, and by the time they reach middle school, their curiosity and creativity has been graded into submission. There is no evidence supporting the claim that students need grades to learn efficiently; most children have learned to speak and walk before entering kindergarten, and they have done so without each minor accomplishment being given a letter grade. Many begin reading and writing by three, and four-year-olds can count, recognize different shapes, and add and subtract some numbers, yet they don’t begin kindergarten, and by extension, formal grading, until age five. However, 68 percent of students surveyed believed that grading was a necessary part of education.

What is the benefit of being graded? It doesn’t improve students’ ability to learn, and it certainly doesn’t impassion them, rather its purpose is to judge them: to weed out those who it deems subpar through failing them or through shoving them into under-funded special education programmes, to elevate those who conform by rewarding them with gold star stickers and A grades, and to streamline the youth into a hive mind so as to simplify it all.

​If you walk into a classroom of high schoolers, chances are they won’t even notice you’ve entered.

If students went to class only when they wanted to, went to the restroom without asking, openly conversed without permission, and exercised their right to express themselves freely, most schools would ascend into unmanageability. Administrators would no longer be able to control the students; kids who sit quietly and do what they are told are more easily regulated than intelligent individuals who elect to govern themselves. Alexander Khost, a youth rights advocate and founder of Voice of the Children, highlights the primary issue with conventional schooling, saying, “It boils down to one issue that a man named Alexander Sutherland Neill stated about a hundred years ago. That is, that the school should fit the child rather than the child fit the school.” School isn’t built to accommodate the needs of the student; it is built to accommodate the needs of itself at the expense of the student.

When asked about the efficiency of the school system anonymously, one hundred students I surveyed at a public high school said:

Students know they’re being cheated out of an education by the politicians who designed this system and by the administrators who enforce it. Their opinions are just as valid as those of an adult, yet they are brushed aside as the edgy complaints of a typical teen. Students are not taught that they have an unalienable right to speak their truth and to control their own bodies and actions. Why does a bell have more of a right to control your time than you do? Why does a teacher have the right to take your personal possessions if they deem them distracting? Why are kids who commandeer themselves slapped with labels like “problem child” and “trouble maker” and told that they’ll end up flipping burgers?

There is no answer that can justify indoctrinating children into believing that they lack the right to control their own lives, yet this system is ingrained in our society as the only true way to be educated and prepared for adult life.

In the past 125 years since this system was founded, humans have developed computers, smartphones, internet, solar panels, air conditioning, and hundreds of other things that we wouldn’t think of living without in 2018. And with these inventions, we’ve thrown out things like showering only twice a year, measles and mumps, and washing laundry by hand. It’s time to add this school system to that pile.

John Taylor Gatto, former schoolteacher and author of ​Weapons of Mass Instruction​, notes that schooling is becoming useless in today’s world, saying, “I’ve noticed a fascinating phenomenon in my 25 years of teaching — that schools and schooling are becoming increasingly irrelevant in the great enterprises of the planet. No one believes anymore that scientists are trained in science classes or politicians in civics classes or poets in English classes. The truth is that schools don’t really teach anything except how to obey orders.”2

The world has changed a lot in the past century.

A century ago, John D. Rockefeller, founder of the General Education Board, said, “I don’t want a nation of thinkers. I want a nation of workers.” His words are echoed by almost every school in the United States. And in 2018, they’re dead wrong. Manufacturing jobs are obsolete, as are coal jobs. Retail jobs are following, and none of them are coming back. The wealth of all human knowledge is at our fingertips.

The youth of today will not succeed through obedience and conformity, or with an education suited to a factory worker in 1890, rather through innovation, ingenuity, and creativity. Khost says, “Standardized tests produce standardized minds. And the world doesn’t need standardized minds; it needs people who come alive.” I asked Khost what advice he would give to students who hate school, and to that, he said:

If every day of your life is being dictated by someone else, there is something wrong there. This is true whether you’re twelve or forty-two. And so, if you do not like school, you should start considering no longer going. Remember that life is a balance and doing so will definitely have consequences that also might suck. But I would much rather be fighting for my rights and struggling than complying with someone else’s oppression of me and struggling.

Rebellion sounds exciting, but in the end, rebellion means taking responsibility for your own life and your own decisions, which is actually quite burdensome. That responsibility starts with a really really hard question: what do you want to actually do with your time? And then it gets even harder because you actually have to go do it. And a lot of the time, what you thought you wanted isn’t really what you even wanted. And then you’re not only back to square one but you have a lot of people (especially adults) sitting around telling you, “I told you so!” This is what is called failure. And failure is absolutely fantastic! No, really. An expert is any one person who has made all of the mistakes in one concentrated field and now knows how to not make them any more. Fall flat on your face. Then pick yourself up and do it over and over and over again. Follow passion. Passion is real. And all of the nine to fiver career oriented folks out there who say otherwise are just jaded and forgot how to joyously fall flat on their faces with failure.

Have a dream so worthy that you would die for it. That is passion, that is worth pursuing. And if you’re not doing that and people are holding you back from doing that, something is wrong, go fix it. Now!

And contrary to the sea of blank faces you’ll see if you walk into an average high school classroom, students are passionate.

I asked students what they were truly passionate about learning.

Their responses ranged from “how the world works” to “music, history and science.” Some said, “not sure,” while others said “anything I can.” Students are passionate about languages, programming, maths, psychology, law, writing, computers, and so much more. They want to learn about money, economics, space, finance. One student says, “I’m not really sure because we’re only taught four main things.”

Another states, “I’m just getting through it so I can get a job and start my life. Anything STEM-related.” They are curious and intelligent, and they are being held back by a system that does not value them. One says, “I’m passionate about learning so many different things, I’m not even sure if I know everything I’m passionate about. With the school system now, they don’t allow those passions to develop because right after an interesting unit, you just move on and never talk about the topic again.”

What happens between kindergarten and high school that results in all the zeal for learning being sucked from the classroom? They learn that their passions are just hobbies, that the things they love doing are useless compared to their homework, and that the only way they can succeed is to stifle themselves into mediocrity.

Students want to learn. They just don’t want to be schooled.

Jane Arisi is a writer, artist, and high school student. Her novel Blue-Haired Killer Queen can be found here.