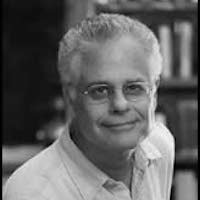 Bruce E. Levine is a practicing clinical psychologist and author of Surviving America’s Depression Epidemic, among several other books.

“The institutional role of the schools for the most part is just to train people for obedience and conformity, and to make them controllable and indoctrinated—and as long as the schools fulfill that role, they’ll be supported.” —Noam Chomsky, Understanding Power: The Indispensable Chomsky, 2002

“There’s a reason education sucks, and it’s the same reason it will never, ever, ever be fixed. . . . Because the owners, the owners of this country don’t want that.... They don’t want well-informed, well-educated people capable of critical thinking.... You know what they want? They want obedient workers.... People who are just smart enough to run the machines and do the paperwork. And just dumb enough to passively accept all these increasingly shitty jobs.” —George Carlin, “The American Dream” from Life is Worth Losing, 2006

“When I think back on all the crap I learned in high school, it’s a wonder I can think at all.” —Paul Simon, “Kodachrome,” 1973

As a young child in school, before I understood the words authoritarian or dehumanizing, I thought there was something terribly wrong with a place where I had to raise my hand to go the bathroom. I recall thinking that I was lucky that I wasn’t shy, because if I had been too shy to ask for permission, then I might wet my pants. Having to ask permission to go the bathroom was bad enough, but there were teachers who made us either say— or show with our fingers—whether we needed to urinate (one finger) or defecate (two fingers). I remember thinking this must be especially horrific for prim-and-proper girls, and I thought that these teachers must be perverts to demand that.

Nowadays, many kids tell me that they still must get permission from a teacher to leave their classroom to relieve themselves. Recently, a high school student told me that in his school, students get a limited number of restroom passes per semester. I asked him what happens if a student runs out of passes and has to take a shit—do they expect students to just shit in their pants? He laughed. Then I told him that I was serious—what do they expect you to do? Then he got serious and said, “So much of school is fucked up, we never really think about each fucked up thing.”

Social psychologist Stanley Milgram in Obedience to Authority, after reporting on his studies showing a frightening compliance to abusive illegitimate authority, attempted to understand the reasons: “As soon as the child emerges from the cocoon of family, he is transferred to an institutional system of authority, the school,” where the student learns that “deference is the only appropriate and comfortable response to authority.” Standard schools not only demand our compliance to authority regardless of our assessment of its legitimacy, they require our compliance with impersonal authorities. Milgram notes, “the modern industrial world forces individuals to submit to impersonal authorities, so that responses are made to abstract rank, indicated by an insignia, uniform or title.” In other words, badges.

In their 1962 book Cradles of Eminence, psychologist Victor Goertzel and educator Mildred Goertzel examined the childhood of 400 eminent people, and they reported that the majority of them disliked school immensely.

The Goertzels detailed the pain that the anti-authoritarian Albert Einstein had with his schooling. When Einstein was a teenager, he found school so intolerable, he asked the school doctor to give him a certificate saying that he had a nervous breakdown so that he did not have to attend (a tactic that worked). Einstein later concluded about schooling: “It is, in fact, nothing short of a miracle that the modern methods of instruction have not yet entirely strangled the holy curiosity of inquiry. . . . It is a very grave mistake to think that the enjoyment of seeing and searching can be promoted by means of coercion and a sense of duty.”

One of Einstein’s biographers Ronald Clark tells us that young Albert didn’t pay attention to his teachers and failed his college entrance examination twice. Einstein recalls hating authoritarian discipline in his schools, “The teachers in the elementary school appeared to me like sergeants and in the Gymnasium the teachers were like lieutenants.” After he finally did enter college, one professor told Einstein, “You have one fault; one can’t tell you anything.” Today, a young Albert Einstein would very likely receive an ADHD diagnosis, and maybe an ODD one as well. The very characteristics of Einstein that upset authorities—questioning and challenging illegitimate authority—are the characteristics most required to be a great scientist.

The primary method of “motivation” in standard schools is coercion through grades. Students focus on what they need to memorize for a good grade, and they stop asking their own questions and pursuing answers to them. As dissident educator John Holt noted, “To a very great degree, school is a place where children learn to be stupid. . . Children come to school curious; within a few years most of that curiosity is dead, or at least silent.” The motivational method of coercion not only subverts curiosity, it prevents students from even retaining facts. “You did your homework,” Noam Chomsky reminds us, “you passed the exam, maybe you even got an ‘A’—and a week later you couldn’t even remember what the course was about.”

Standard school coercions subvert a love of reading. A report released by Common Sense Media in 2014 stated: “The proportion of children who are daily readers drops markedly from childhood to the tween and teenage years. One study (Scholastic, 2013) documents a drop from 48% of six- to eight-year-olds down to 24% of 15- to 17-year-olds who are daily readers, and another (National Center for Educational Statistics, 2013) shows a drop from 53% of nine-year-olds to 19% of 17-year-olds.”

What turns most teenagers off from reading for pleasure is compulsory reading of books that they have no intrinsic interest in. I recall one teenager who had loved to read as a kid but became turned off to reading because of required reading. I joked with him that if schools one day made kids have compulsory sex with people whom they weren’t interested in that this would turn kids off from sex in general. He thought about this for a few seconds, then told me that adults would probably do just that if they realized how making something compulsory turns kids off from it.

What are the origins of the U.S. mass educational system? Chomsky points out, “In the late 19th century it was largely designed to turn independent farmers into disciplined factory workers, and a good deal of education maintains that form.” Chomsky also concluded that those at the top of the societal hierarchy support the educational system because they believe, “People are supposed to be passive and apathetic and doing what they’re told by the responsible people who are in control. That’s elite ideology across the political spectrum—from liberals to Leninists, it’s essentially the same ideology: people are too stupid and ignorant to do things by themselves so for their own benefit we have to control them.”

The motivational method of coercion not only subverts curiosity, it prevents students from even retaining facts.

As Americans have received increasingly more schooling, they have become less capable of effectively challenging the ruling class. In 1900, only 6% of Americans graduated high school, and a college education was rare for ordinary Americans; today, approximately 85% of Americans graduate high school, and college is increasingly expected for all. However, in the 1880s and 1890s, American farmers with little or no schooling created a Populist movement; organized America’s largest-scale working people’s cooperative; formed a People’s Party that received 8% of the vote in 1892 presidential election; designed a “subtreasury” plan (that had it been implemented would have allowed easier credit for farmers and broke the power of large banks) and sent 40,000 lecturers across the United States to articulate this plan; and evidenced all kinds of sophisticated political ideas, strategies, and tactics absent today from America’s well-schooled population.

There are anti-authoritarian educators who have the courage to publicly assert the authoritarian nature of standard schools. John Taylor Gatto, accepting the New York City Teacher of the Year Award, January 31, 1990, stated: “The truth is that schools don’t really teach anything except how to obey orders. This is a great mystery to me because thousands of humane, caring people work in schools as teachers and aides and administrators, but the abstract logic of the institution overwhelms their individual contributions.”

Standard school teaches compliance with hierarchy; obedience to authorities for whom one does not necessarily respect; and regurgitation of meaningless material for a high grade. The standard classroom socializes students to be passive; to be directed by others; to take seriously the rewards and punishments of authorities; to pretend to care about things that they don’t care about; and that one is impotent to change one’s dissatisfying situation.

In a hierarchical society, prestigious schooling institutions confer prestigious badges. Dissident educator Jonathan Kozol was a student at an elite prep school and then at Harvard. Kozol concluded, “Children come to realize, early in their school careers, the terrible danger to their own success in statements that give voice to strong intensities.” Kozol recounted how he was taught to obey orders and “to channel our dissent into innocuous patterns of polite ‘discussion and investigation.'” Kozol explains how schools, especially elitist institutions, teach what he called an inert concern—that “caring” in and of itself is “ethical” but that disobedience is immature.


Tipping Points would like to thank AK Press and Bruce E. Levine for permission to reprint this excerpt of Resisting Illegitimate Authority and gives special thanks to Andrew Gordon for suggesting the idea.

Bruce E. Levine is a practicing clinical psychologist and author of Surviving America’s Depression Epidemic, among several other books.