The Teenage Liberation Handbook
An excerpt from the new 30th Anniversary edition. 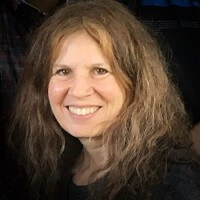 Grace Llewellyn taught school for three years before leaving and writing The Teenage Liberation Handbook, which was first published in 1991. In 1996 she founded Not Back to School Camp, a gathering for unschooled teenagers, which continues to bring joy, inspiration, community, and interesting challenges to her life.

Perhaps no guidebook since Søren Hansen and Jesper Jensen’s gloriously infamous The Little Red Schoolbook has better assisted youth in getting out of their oppressive school-seats than Grace Llewellyn’s Self-Directed Education staple, The Teenage Liberation Handbook. It’s hard to believe that Llewellyn’s guide has been inspiring youth into getting a “real life” for thirty years now. With this milestone comes a new edition of the book published earlier this week and available anywhere you buy books (but might I suggest you try your mom and pop bookshop). Below is a beautiful excerpt chapter from the latest 30th Anniversary Edition. –Alexander Khost, Tipping Points Editor-in-Chief

the power & magic of adolescence vs. the insufferable tedium of school

Youth is the time to go flashing from one end of the world to the other both in mind and body; to try the manners of different nations; to hear the chimes at midnight; to see sunrise in town and country; to be converted at a revival; to circumnavigate the metaphysics, write halting verses, run a mile to see a fire, and wait all day long in the theatre to applaud ‘Hernani.’ — Robert Louis Stevenson

If you ever read any anthropology, one of the first things you notice is that primal cultures simmer up all their mystery and magic and ask their teenagers to drink deeply.

A sixteen-year-old Dakota boy fasts until an empowering vision overtakes him. A newly-menstruating Apache girl becomes the goddess White Painted Woman in an intense, joyful ceremony which lasts four days. All over the planet, traditional cultures provide ritual experiences to adolescents, bringing them into contact with the deepest parts of themselves and their heritage.

There is danger and pain, as well as beauty and exultation, in some of these traditional ways of initiating people into adulthood. I don’t want to make a shallow statement that we’ve got it all wrong because we don’t ask pubescent boys to endure three days of biting wasps. But I’d like to reflect for a minute on the contrast between the way our society initiates its young and these more traditional undertakings.

What do you get instead of vision? You get school — and all the blind passivity and grey monotone it trains into you.

For an institution to ask you, during some of your most magical years, to sit still and be good and read quietly for six or more hours each day is barely even thinkable, let alone tolerable. How do you feel when the sun comes out in March and makes the most golden Saturday imaginable, but you have to stay in and clean your room?

In case you’ve lost touch with your burgeoning beauty, let me remind you that that’s exactly what’s going on. Adolescence is a time of dreaming, adventure, risk, sweet wildness, and intensity. It’s time for you to find yourself, or at least go looking. The sun is rising on your life. Your body is breaking out of its cocoon and ready to try wings. But you have to stay in — for such a long time — and keep your pencils sharpened. School is bad for your spirit, except the pep club kind.

It’s no accident, I’m sure. The way our society is set up now, something’s got to prevent visionary experience. People who are fully and permanently awakened to the wildness and beauty in and around them make lousy wage-slaves. People who are not distracted by a wellspring of yearnings can briskly assemble automobiles, or focus their intellects on monthly sales charts.

And unawakened people are less likely to question the things in our society which are horrifically dull, ridiculous, or wrong. The point of visionary experience is to see. When vision comes, eternity is its black velvet backdrop. Everything else comes out on the stage to sing and dance. Some of it fits in with the grandeur of that backdrop, and some of it only clashes, looking ugly and cheap. You end up wanting to adjust your life so that it’s full of stuff that fits in with eternity, and not crammed with things that don’t matter.

Perhaps one reason some cultures confidently guide their young toward vision is that they’re not worried. They don’t expect anybody’s vision to reveal anything horrible about the society itself. If there is something going wrong with the cultural state of affairs, maybe they want to know, so they can fix it.

But when you have a dirty house, you don’t offer a magnifying glass to your guests. You probably don’t even open the curtains and let in the light. If we did teenaged visions, democracy would get a boost — but consumerism, injustice, and other ignobilities would take a dive. We would see that far too much of what we accept as “reality” is a blasphemy against true reality. Maybe we don’t invite our young to seek visions because those visions would disrupt the status quo and force an uncomfortable change.

No force of dullness and ignorance is strong enough, however, to stop you from seeking. Eternity, the Mystery, Truth, God, Goddess, whatever you call it — is too powerful. It will get in, though it has to battle school and other strongholds of society. Writers and artists bring us inklings, though when school introduces us to them, it nearly destroys their potency. And the mystery creeps in around the edges of life: in early morning bird voices, in late night drum beats, through your fascinations with anything strange and unknown.

Visionary tendencies come in dark and light, or a combination thereof.

Some teenagers want dark experiences. They walk in cemeteries at night. They write stories about suicide. They obsess on black clothing and Pink Floyd lyrics. None of it means they are misguided or twisted. When they are finished playing with the dark, they will better understand the light. If they are ignored or ridiculed, perhaps they will do something drastic, but their search is usually only an attempt to understand the depths.

Others gravitate toward the light — daytime psychedelic colors, long solitary hikes. They determine to become a dancer or artist instead of something “realistic.” If their family is sedately Catholic, maybe they go to the Assembly of God and speak in tongues. If their family goes to the Assembly of God, maybe they climb a hill and offer flowers to Apollo.

Artists are the Indians of the white world. They are called dreamers who live in the clouds, improvident people who can’t hold onto their money, people who don’t want to face “reality.” They say the same things about Indians. How the hell do these frog-skin people know what reality is? [“Frog-skins” are dollar bills.] The world in which you paint a picture in your mind, a picture which shows things different from what your eyes see, that is the world from which I get my visions. I tell you this is the real world, not the Green Frog Skin World. That’s only a bad dream, a streamlined, smog-filled nightmare. Because we refuse to step out of our reality into this frog-skin illusion, we are called dumb, lazy, improvident, immature, other-worldly. It makes me happy to be called “other-worldly,” and it should make you so. It’s a good thing our reality is different from theirs.1

Schools — and the society they represent — go beyond blocking your visionary tendencies. They further incapacitate you by making fun of you. Every hierarchical society seems to need somebody to put down, and women and African Americans won’t take it anymore. When someone puts you down, you want to put somebody else down. Dr. Seuss, reliable social commentator, wrote a story called “King Looie Katz.” King Looie Katz makes Fooie Katz carry his long proud royal tail around. So Fooie Katz sticks his own nose in the air and makes another cat haul his tail. Soon everybody is walking around carrying the tail of the cat in front of them . . . except the last little cat, who doesn’t have anyone to carry his.

That little cat, who is a bit like you, takes action. He yells “I Quit!” and slams down the tail in his paws. Everybody else follows suit. The story concludes:

And since that day in Katzen-stein,
All cats have been more grown-up.
They’re all more demo-catic
Because each cat holds his own up.2

Another reason adults make fun of you is that they’re jealous. Teenagers are beautiful and fresh. Yes, many teenagers are also awkward, pimpled, or strangely tall and thin. Far more adults, however, are awkward (having forgotten how to use their bodies), sallow-skinned (too much sitting in air-conditioned offices), and lacking in energy (not enough skateboarding).

A healthy adult society would acknowledge the beauty of youth, make up some good poems about it, and then not think about it too much. There are certainly activities more productive than fixating on the rosy cheeks you’ll never have again. But since we do not have a healthy adult society, we get all bent out of shape over it, create a cult of young-stunning-people-in-magazines, and punish real live teenagers by telling them they are ugly.

Just in case you do realize that you are beautiful, we make sure you can’t savor that knowledge, by telling you that you are confused and overly emotional during these traumatic years, and for Pete’s sake don’t go and make any decisions for yourself, and don’t let loose and have any free wild experiences with life. Dogs in mangers, we turn the power of adolescence into a weak disease. Teachers sit in the teachers’ lounge and laugh about you behind your backs.

Isn’t he cute, they say. Poor Kristy, with no idea of how she sticks out in that magenta skirt. This, from people who are in ruts, out of touch with their dreams, insecure, and otherwise at least as imperfect as the subjects of their conversation. Thank god I’m not that age any more, says Mrs. Wallace, leaning her double chin over her desk. We read tacky cute articles in Family Circle called “How to Survive the Terrible Teens: An Owner’s Guide.” The owner being the parent, of course. School, yes, is something to survive, but being a teenager is something that flies.

We force you to act younger than you are, legally withholding your ability to control your own life. The World Book Encyclopedia says, “Most teenagers mature psychologically at the rate set by their society. As a result, psychological adolescence normally lasts at least as long as the period of legal dependence.” Certainly, there is no biological limitation to teenage independence. In other times and places, teenagers have commonly married, raised children, held jobs, operated businesses, and occasionally ruled countries.

It seems you’re talking about more than just schools here. Aren’t you getting off the point?

School is not the only bad guy in the war against whole adolescence, that’s true. But it is our culture’s primary substitute for more potent experiences. It is the way we take your time so you don’t explore your own inklings of truth. It is where you learn to be passive instead of proactive. Quitting school won’t guarantee you a healthy, passionate, adventurous youth — but it just might remove the biggest obstacle to that birthright.

Grace Llewellyn taught school for three years before leaving and writing The Teenage Liberation Handbook, which was first published in 1991. In 1996 she founded Not Back to School Camp, a gathering for unschooled teenagers, which continues to bring joy, inspiration, community, and interesting challenges to her life.