The Token, Common Sense Ideas for Increasing Diversity in Your Organization
Meet the new black friend you never had. 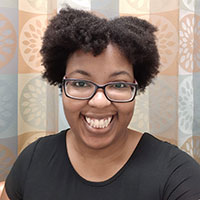 Crystal Byrd Farmer is a Facilitator at the Gastonia Freedom School, an Agile Learning Center.

The following is an excerpt from Crystal Byrd Farmer’s new book, The Token, Common Sense Ideas for Increasing Diversity in Your Organization , New Society Publishers October 2020. Crystal has been involved with the Alliance for Self-Directed Education this fall in the capacity of anti-racism and anti-oppression training. We are extremely grateful for the work she has done and highly recommend her book, which can be purchased at your local bookstore or online here. The following is a short excerpt from the book.

Join Crystal on October 13 at 7pm EDT for an online event as she shares highlights from her book and answers questions about diversity. Sign up for free.

Vary your meeting styles to attract different people to different events. Some people enjoy free-flowing conversation, while others need structured prompts to be able to participate. Some people like to be active and moving, while others come to sit and relax. Be aware of how culture affects conversation style. In some Black families, loud debates and derisive comments are a form of connection. Acting that way in a majority white space may lead to members saying they feel threatened or otherwise uncomfortable.

In my experience as an autistic person, conversation can be a minefield. I answer questions directly, and I don’t always understand nuance. I am at the point in my awareness where I can warn people that I am this way, but other neurodivergent people may not know why they have difficulty in social situ­ations. Explore the topic in a discussion or in your diversity training. This is the only time I would make an exception to the Token rule1: many autistic people love to talk about themselves and what their world is like. Ask them if they feel comfortable leading a discussion about their differences for the commu­nity and ask what accommodations will make them feel sup­ported when they do.

If you decide to limit devices at your meetings, consider al­lowing exceptions for people who use them to communicate or self-soothe. Just because you find them distracting and mindless doesn’t mean others do. These people should not be confronted and asked to defend their use to leadership or other members. As long as the policy has been clearly commu­nicated, trust that they are able to use them without disturbing other members or breaking the perceived peace of the space.

Conflict is an inevitable part of any group process. As a leader, the way you handle conflict will tell the rest of the group how to behave. Do you squash vocal opposition, prompting people to talk behind your back? Do you encourage shouting matches as long as people hug it out afterward? Create guide­ lines for how your community deals with disagreements. Teach people to debate ideas, not personalities. Avoid protect­ing people with more social capital. Seek to understand the underlying conflicts instead of just dealing with surface issues.

Nonviolent communication (NVC) has been taken up by a lot of progressive groups for its structure and clarity in ex­pressing feelings. Many people who grew up avoiding con­flict have found their voice through NVC. There are, however, power differentials that can make NVC ineffective. If either party is less educated or less practiced in NVC, they will have a disadvantage during a conflict. If someone refuses to engage unless the proper NVC format and/or words are used, they may be abusing the process to get their desired outcome instead of letting both parties express themselves. Instead of defaulting to NVC, think about whether community members need other ways to navigate conflict.

Many progressive communities deal with problematic people by “cancelling” or excluding them from the commu­nity. This method may work on Twitter, but if you treat all your members this way, you’ll burn through the member rolls. Many of us Tokens are used to sitting through conversations that are blatantly racist, sexist, or otherwise harmful. We don’t point it out because (l) we too desire social inclusion, (2) we don’t know who will back us up, or (3) we don’t have the energy for an argument. Instead of shaming, use your privilege to help others understand harm. When the problem is simply using the wrong words or making an off-color joke, address the issue in private. You in turn can practice being vulnerable with people who are trying to do their best. If you are in an en­vironment where you constantly feel unsafe, you may be more primed for external triggers. Reconsider being in a commu­nity that allows that kind of harm.

Another dynamic that happens to Black women is being in­validated when they are emotional or angry. Showing emotion means we immediately lose any argument that’s supposed to be rational and fact-based. Everyone has bad days, but Black women are expected to be a sassy, upbeat sidekick all the time. Once I had a difficult conversation with a boss, I was on the verge of tears from anger. I asked to be excused. Later my boss told me that I couldn’t handle criticism. Ironically, the people I had chosen to be around for their lack of drama left me with­out the space I needed to take care of my emotions.


[1] The Token rule is defined earlier in the book, “Identify the people who are ‘one of the only ones,’ and talk to them about your plans. Don’t engage them so they can educate you or encourage you. If you would ask me, I’d say it’s too hard and you’re going to fail.What you want to do is tell your Tokens that you will be talking more about diversity in your community, you anticipate some changes in policies, and you will shield them from the worst of your community members’ reactions.”

Crystal Byrd Farmer is a Facilitator at the Gastonia Freedom School, an Agile Learning Center.