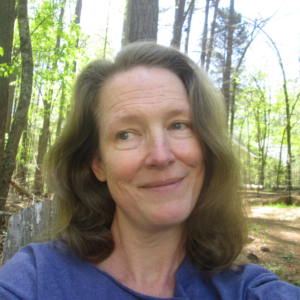 Based on Sugata Mitra’s work with child-led learning, I decided to do an experiment. I asked each of the kids to choose a language to study. Henry (age 11) chose to resume Italian, and Riley (age 10) chose ASL. Then I asked them, in lieu of formal lessons, to work together to learn their languages. I told them that they had unlimited access to the computer, which would not count toward their daily screen time (normally 2 hours each). They are expected to work together and help each other. Beyond that, I didn’t care how they did it, which language they worked on first, what resources they needed, or how long it would take them.

Periodically, I give them academic pushes like this. Often, it’s a mistake. Always, it’s born of my own indoctrination nagging me for more from the children. More what, bragging rights? I don’t know. Generally, it is a mistake, but sometimes good things come of this sort of push. Keeping a rich environment and strewing new ideas occasionally requires stepping out of normal routines. Today, they decided to start. They spent perhaps an hour working together online, then I interrupted them for lunch. At lunch, they chattered at me in ASL, in a rather naughty way since I didn’t have any clue what they were saying. But they knew, and, just as Sugata Mitra noticed, they kept chatting about their work, the sign for this word or that—which is to say, they kept reviewing their studies like the solid good scholars they are.

If this is an example of mediocre parenting from an unschooling point of view, it’s a great example of how children do not need canned curricula or lesson plans. They are quite capable of their own inquiry and practice.

Days later, I noticed Henry and Riley sitting face to face in a hammock outside. I was careful not to let them see me as I took a quick picture. Adult intrusion would, of course, ruin the moment — as it almost always does. There was a class in progress: “Socialization, Language Arts, Creative Writing, ASL, and Nature Appreciation for the 21st Century.” It meets daily in various places kept secret and changing to avoid cameras and disruptive adults.

Riley is learning a third language: knitting notation. Her knitting has taken a big leap forward. She is thinking as she knits, designing simultaneously on three planes. This is geometric thinking, though she doesn’t know that term. She is learning new stitches and often has more than one project going. She spends a lot of time each day listening to books on tape in her room and knitting or felting or quilting or drawing or writing.

Henry’s guitar skill is also taking huge leaps forward. He’s studying once a week with a really good teacher who told Henry, “Crank up your amp and then play really quietly. It’s good practice for intonation and control.”

The level of maturity around here is kind of breathtaking. Riley asked if we could please not go out today. All we had planned was a big grocery store run. I was delighted to put that off, but I said that I didn’t have anything to feed her for lunch. She walked into the kitchen, surveyed the pantry, and said she and Henry would cook lunch. That was fine with me! I went upstairs to read. When I came back down an hour later, they had made pancakes, eaten, cleaned the kitchen, and emptied the dishwasher because they noticed it needed emptying.

Two days ago they decided to go take care of our neighbor’s cats before breakfast. They wanted to get these chores done first so they wouldn’t have to hurry through their meal. I was up to my elbows in dough and dirty kitchen. I told them to go get started at the neighbor’s house which is down the street, with a really difficult front door lock — a spooky empty house, kids all alone. I said would come right behind them to help. They left and, due to the laws of quantum-no-kids-in-the-area-physics, I managed to get about forty thousand things done in fifteen minutes. I carefully watched the clock as I worked so I wouldn’t leave them waiting for me too long. I knew they would not be able to get the lock open, nor would they have the courage to walk into an empty dark house alone.

Exactly fifteen minutes later, I dried my hands, reached for my keys, and bumped into the children walking back in the kitchen door. They were done. Done?! Yep, done. They’ve gone alone every morning and evening since. I served them hot breakfast, and they served me wonderment.

Kids grow and learn and they just don’t need all that much help from grownups. Get used to it.