Werewolf Party: How Playing Can Enhance Self-Directed Learning in an Agile Learning Centre
Relationships are the heart and soul of the community. Here’s how they first developed at Mont-Libre. 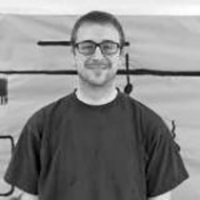 Marc-Alexandre Prud’homme is one of the founders of Mont-Libre, an Agile Learning Centre in Montreal. He is a co-founder of the Redaq, an organisation that aims to open and legalize democratic schools in Quebec. He also teaches Education part-time in different universities in Canada.

Before we opened Mont-Libre, an Agile Learning Centre in Montreal for teenagers, in January, I had never played the game Werewolf. I did not know how to play or what it was about, and I did not have much interest in the matter.

Before our opening, my expectations were that most of the learning that would take place at our centre would emerge from the workshops that we would organize and from the informal conversations that our teenagers would have amongst themselves, but mostly in the presence of adults who would also share their ideas with the teens.

At the time, I believed in the power of play and its potential for learning, but mostly—as far as younger children are concerned—when they are engaged in unstructured play. Indeed, I thought that unstructured play helped young children in their development of abstract thinking, of ethics, and of problem-solving abilities, for instance. However, I did not think that play was going to ‘play’ any significant role in the learning that teenagers would do at our centre, especially through a card game.

Nonetheless, we still wanted play to be a big part of our centre because we saw it as a tool for relationship-building, and we thought that the quality of the relationships teenagers have with the people with whom they learn was important. So, this game helped our teenagers to get to know one another. It allowed teens of different ages, genders, backgrounds and interests to connect. It offered them opportunities to collaborate, which, in turn, made it easier for them to collaborate in other settings– during our workshops, for example. To my great surprise, Werewolf has benefited many other dimensions of our teens’ learning since we began our journey at Mont-Libre.

Werewolf is a simple card game played usually by eight players. Everyone is given a card, and they are the only person to know the content of their card. Two of the players are ‘werewolves’ and need to ‘kill’ all the other players to win. The other players are ‘villagers’ and, in order to win, must get rid of the werewolves before they are killed. Each round, the group collectively chooses someone to vote out. During that time, the villagers are trying to identify who the werewolves are while the werewolves are trying to pretend they are villagers to survive another round. Some of the villagers have superpowers, but the werewolves can pretend to be those villagers with superpowers. The rules of the game are not necessarily important, but what has happened since we started playing is.

How and what do you learn when playing such a game? I have grown to believe that it helps teens as far as problem solving, creativity and goal setting are concerned. For example, you typically need eight people to play the game. However, even with the adults at the centre, we are not always that many people. So, in order to play on the days when we are fewer than seven, the teens have come up with ways to hack the game to be able to play.

Such changes to the game are not necessarily all that complicated. However, the teens also decided that they wanted new villagers with new superpowers. Some of them went online and searched for such characters while others decided to come up with their own. Although you may find the ‘tanner’ as a possible character online, which we have adopted, you may not find the ‘pizza man’ and his superpower. Having many new characters with superpowers has made the game more complex to the extent that, on most occasions, it takes 15 minutes of deliberation and of collective brainstorming to make sure that everyone is on the same page, that the game remains logical and feasible as designed by the teens, and to determine how we are going to play a game that can last 3 minutes.

Between every game, the teens reflect back on what went wrong and right and on ways to improve the next game. It is through those 15-minute conversations before and between each game that many of the teens get the opportunity to improve their problem-solving skills and learn how to set goals, how to select criteria to define those goals, and how to evaluate their progress with respect to their goals. For instance, after a round, they may say: “This round did not work because there were too many villagers with superpowers” or “The game master needs to give everyone more time to do what they have to do when there eyes are closed.” They may also disagree about what has happened.

What is interesting in those instances is that it is the teens themselves who define each problem to solve, who suggest solutions to explore, who evaluate each suggested solution, and who choose solutions for each of the different problems by slowly deliberating amongst themselves instead of recruiting an adult to solve the problem more quickly.

Obviously, such situations do not engage our teens in solving problems like world hunger; however, I believe it gives them problem-solving tools, such as thinking creatively and considering consequences, that will help them tackle such problems when they are ready.

Another ability that I am confident they are developing while playing the game is their communication skills and conflict-resolution and conflict-prevention skills. Even though such skills remain largely ignored by conventional curricula, they are very important as most of the tasks that our teens will be doing later on life– whether as citizens, family members, friends, or workers– involve a lot of interpersonal interactions. These interactions will require them to find mutually satisfying ‘win-win’ solutions. When the teens spend 15 minutes discussing how they will play each round, they have plenty of opportunities to actively put into practice their communication skills.

As far as conflict-resolution skills are concerned, we have seen teens who were previously making fun of one another openly compromising and setting aside their personal differences to ensure the game can go on.

In addition to helping me see the value of such games for self-directed learning, my participation in what we now call Werewolf Parties at Mont-Libre has reinforced my concerns about coercive education and about how it can lead students to learn to hate school subjects, adults, learning, and more. A few years back, I had the chance to hear Ken Danford, the founder of North Star, talk about the journey that led him to self-directed learning. When talking with the students to whom he would teach in a regular school before he opened North Star, he said that many of them would tell him that they hated science or math or other similar school subjects. In his talk, he emphasized that their feelings of hatred went beyond mere indifference.

In similar talks that I give, I tell people that I have never played bridge, that I do not know anything about bridge, but that I do not hate bridge—the reason being that I have never been forced to play it. Had I been forced to learn bridge, maybe I would have learned to hate it like many students learn to hate science, schools and learning. At our centre, one of the teens who usually enjoys playing games refuses to play Werewolf with us. This teen is new to self-directed learning and prior to our centre opening has been attending a conventional school for most of his life. I recently asked him why he does not want to play Werewolf, and he told us that, at the school he used to attend, one of his teachers would force him to play Werewolf, and he hasn’t enjoyed the game ever since.

Marc-Alexandre Prud’homme is one of the founders of Mont-Libre, an Agile Learning Centre in Montreal. He is a co-founder of the Redaq, an organisation that aims to open and legalize democratic schools in Quebec. He also teaches Education part-time in different universities in Canada.