What’s Outside of School?
School disengages us from life 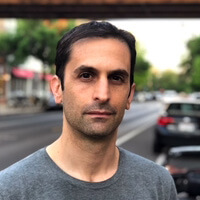 Paul Sippil is an independent investment advisor in Chicago who focuses his practice on uncovering the conflicts of interest and excessive fees in 401k plans.

“What’s outside of Pleasantville?” This is the question a student asks her teacher in a 1998 movie about two teenagers who become trapped in a 1950s tv show set in the town of Pleasantville, a seemingly idyllic place where all residents remained blissfully ignorant. The bewildered reaction of both the students and the teacher shows that their worldview clearly does not allow for answers to these kinds of questions. This limitation may intend to serve as a reflection of the privileged 1950s suburbia where wealthy families lived a painfully unaware existence not noticing the suffering going on around them. But it also may unwittingly describe a school system that suppresses critical thought and reflection and makes children feel powerless without it. The Truman Show, a movie that ironically came out in the same year that centers on a man whose entire life was unknowingly filmed since birth as part of a reality show conveys a similar idea in a scene where Truman’s teacher replies that there’s nothing left to explore in response to his desire to be an explorer.

Each of these movies’ messages eerily ring true today as evidenced by a continued decline in creativity scores brought about by an increasingly standardized and rigid educational system that leaves children with far less time for free play and creative pursuits and discourages curiosity. Writer and philosopher Alan Watts’s insights about 50 years ago proved even more prescient,

All our universities and schools are trying to teach creativity. That’s the great thing these days. All sorts of people are giving courses and workshops in creativity. Now the trouble is this. If we found out a method whereby we could teach creativity, and everybody could just explain how it was done, it would no longer be of interest. What always is an essential element in the creative is the mysterious, the impenetrable, and yet the profound depth out of which glorious things come, but nobody can see why.

That institutions even at the college level aim to teach the very creativity that they stamp out through constant surveillance, micromanagement of children’s lives, and overly restrictive admissions requirements shines light on their goal of disconnecting students from the essence of life. Effectively using our imagination and inner resources comes as a byproduct of being fully human, which can only happen if we have the freedom to engage in solitude and reflection and gain exposure to diverse ideas.

John Kanzius, an inventor who developed an innovative cancer treatment method without side effects despite having no scientific background, serves as a great example of what someone with real creativity can accomplish, as author and school teacher John Taylor Gatto eloquently noted. Kanzius made up for a lack of conventional knowledge with enthusiasm and a drive for discovery. Rather than through narrow training, he acquired a wide range of skills through his own curiosity and exploring the world with a framework outside of what school forces upon us. Consequently, having academic freedom helped him make a major breakthrough that eluded everyone with a narrowly focused scientific background.

Maybe the restricted range of thought from which so many of us suffer due to the effects of school permeates our thinking as adults. If the system teaches us to frown upon skipping classes, arriving late, getting poor grades, walking the hallways without authorization, and other forms of non-compliance, then it makes sense that so many of us would disapprove of not devoting so much of our lives to an all-powerful political system.

Effectively using our imagination and inner resources comes as a byproduct of being fully human, which can only happen if we have the freedom to engage in solitude and reflection and gain exposure to diverse ideas.

But we inherently know the power of our individual actions that exist outside this system, whether it’s sharing a social media post, choosing our news sources, deciding what consumer products or foods we buy, how we use technology, how we treat people, volunteering our time, or donating to a charity. However, the cultural value we place on political voting greatly exceeds that of private actions that in reality can make much more of a difference. People receive social approval for wearing an “I voted today” pin, but why doesn’t an “I volunteered today” pin carry the same weight?

At least part of the answer might lie in the idea of compulsory schooling teaching us that not only do our actions not matter unless they take place within the boundaries of the system forced upon us, but that we actually have a duty to dedicate our life to it. For this reason, we have to sacrifice our time we would have spent taking part in non-political activities in order to gain social approval, not to mention remain politically informed. When people wear pins that say, “I voted today” or lecture to others that they have no right to complain if they don’t vote, they signal not only their desire to persuade others to put more of their energy into a system that minimizes the value of our personal actions, but also their blind allegiance to it.

And yet the more of our lives we devote to this system that trained us at a very young age to hurry from class to class and blindly follow instructions, the less we engage in life. The Invisible Gorilla Experiment aptly illustrates the effects of blind obedience to authority starting at a young age. It depicts a group of students watching a video with the task of counting the number basketball passes made by those in white t-shirts. Half of them wound up missing the gorilla who was there for a full eight seconds. This myopic emphasis strongly parallels our function in school to exclusively focus on obedience, grades, and tests while life passes us by. What if school is really just a larger invisible gorilla experiment?

Now that authorities have subjected children to a restricted form of online learning which they have been doing freely since an average age of three, the idea of a central authority dictating what, when, and how children should learn seems especially absurd given the limitless scope of available online learning options. We can’t effectively develop as human beings when authority figures compel us to perform narrowly defined tasks and operate under rigid time constraints through all of childhood. Only in the absence of hurry and with the freedom to self-direct our time and learning can we fully open our senses to experience the world.


This article was originally published here on June 28, 2020 and has been reprinted by permission of the author.

Paul Sippil is an independent investment advisor in Chicago who focuses his practice on uncovering the conflicts of interest and excessive fees in 401k plans.