What do White Saviorism and Adultism have in common (besides me)?
Using personal experiences in the Peace Corps and in conventional education systems, this is my attempt at connecting the dots between adultism and white saviorism 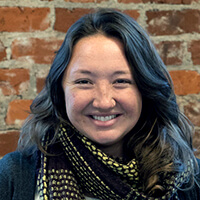 Rachel Munzig (she/her/hers) is one of the founders of Alder Commons, a hub for self-directed work and play.

I earned my white savior degree as a graduate of the Peace Corps class of 2012. I was also an adultist educator for many years. Every day I realize more and more how white saviorism and adultism are connected; they are two sides of the same paternalistic coin.

White Saviorism = A colonialist idea that assumes that Black, Indigenous, & People of Color (BIPOC) need white people to save them, that without white intervention, instruction, and guidance, BIPOC will be left helpless, and that without whiteness, BIPOC, who are seen and treated as inferior to people with white privilege, will not survive.
-Layla F. Saad, Me and White Supremacy

Adultism = The assumption or belief that adults are inherently more capable than, smarter than, know more than, or have the right to make decisions for, younger people, simply because of their age and the social construction of childhood and adulthood in our society, which leads to relational and systemic oppression of young people in all aspects of society.
-Bria Bloom, ASDE Executive Director & September James, ASDE Board Member

I was lucky to have had my international-development-is-ineffective-and-incredibly-problematic epiphany before I left for my 27 months in Paraguay. I came to understand how damaging and ineffective international development work can be. That understanding impacted every decision I made.

Before I left, I read the incredible book Half the Sky: Turning Oppression into Opportunity for Women Worldwide by Nicholas Kristof and Sheryl WuDunn. It helped me understand that supporting groups that are currently working on projects in their own countries and communities is almost always more effective than an outside organization providing aid. (Check out the Uganda-based advocacy campaign No White Saviors to learn more.)

I knew that, just like almost all volunteer gigs, I would be more impacted by the experience than those who I was supposed to be “helping”. I knew that I was embarking on a government-sponsored glorified study abroad program.

And yet, I still went.

These assumptions come from the same fallacy: that I know better what you need than you do.

While living in the beautiful rural community of Apyraguá, I read Ivan Illich’s 1968 speech “To Hell with Good Intentions” which was a true condemnation of people like me: privileged white people with a White Savior Complex who want to feel good about themselves by doing “service” work in poor countries.

Then I read Confessions of an Economic Hitman by John Perkins, a former Peace Corps Volunteer who used the skills he learned from his time in Ecuador to pursue a career exploiting developing nations in Latin America (and beyond) on behalf of private corporations and the U.S. government. Later, during a chance encounter with a U.S. Diplomat, he confessed to me that the true function of the Peace Corps is to serve as a bargaining chip in negotiations with developing countries.

I used to tell myself that I was one of the good ones. I was like the cop who doesn’t consider themselves a bad apple, only part of a rotten barrel. I’ve come to learn how problematic that previous belief of mine was. Before I left for Paraguay, I knew that although my intentions were good, I could not fully control my impact. I knew that my presence in a rural subsistence farming community might cause more harm than good.

I convinced myself that I could be careful, that I could use the government’s $4,000/year stipend to live in a community in which I was the only North American, and that I would do everything I could to try to not have a harmful effect. I told myself that the Peace Corps is different from other problematic development agencies because the community asks for a Volunteer. Turns out that only one person from an entire community needs to fill out a one-page form, and voilà, you’ve begun the process to receive a savior.

It was my selfish desire to have an “authentic” abroad experience, and to have the altruistic feeling of “helping” for two years that drove me to do it. What I didn’t realize is that by still participating in the program, even though I was “careful” and acted intentionally, I was directly upholding white supremacy culture and promoting the White Savior Industrial Complex. I was swimming in the rotten barrel of international development and calling myself “a good apple.”

While in my white savior Peace Corps Volunteer role, my adultism was revealed, as well. I ran summer camps where every moment was structured and planned, even down to the games that were played during breaks. Instead of playing “red light, green light,” we played “verduras y caramelos,” forcing the paternalistic lesson that vegetables are good and candy is bad. I used pedagogical techniques that I had been trained in, and completely ignored what the young people I was “teaching” actually wanted and needed. I look back at it now and regret that I thought I knew better what the kids needed than they did; I didn’t ask, I just assumed.

Years later, while living in Oakland, I worked at two different afterschool youth centers, both of which served many low-income, at-potential youth. During the first year, I ran the middle school tutoring center, where I’d have dozens of young people coming in and out throughout an afternoon, needing help with their homework before or after sports practice. I also ran weeks of highly structured academic summer camps, where I planned every activity down to the minute, not leaving time for exploration, not even in Science Camp.

The more I worked with kids, the more I realized that they were happier and more engaged when they were deciding what they wanted to do. Over several years, I changed my course entirely, and began a deep dive into Self-Directed Education.

I eventually found myself facilitating a completely free-play after school program in a small fruit tree orchard. In community with a mixed-age group of young people, I witnessed imaginary worlds come to life, collaboration and negotiation strategies develop and improve over time, and endless mud pies carefully baked in the outdoor pallet kitchen by 6-year-olds and 12 year-olds alike.

I was happier, the kids were happier, and learning happened naturally, as it always does when we give ourselves the time and freedom to explore what we’re interested in.

My internalized white saviorism, epitomized by my decision to join the Peace Corps, is inextricably tied to my internalized adultism in the world of education. That same intention of doing good — whether it be service work in a poor community abroad, or teaching kids about the importance of planting trees — distracted me from the actual impact of what I was doing.

I used to think that international development work led by the privileged was crucial to lifting less privileged populations out of poverty, just like I used to think that young people wouldn’t learn what they need unless they were explicitly taught by an adult. These assumptions come from the same fallacy: that I know better what you need than you do.

You’re taught in training that Peace Corps Volunteers should be wary of any project that might be perceived as a handout, because if the community comes to rely on international development agencies too much, then they will be unable to make projects happen on their own. We were given printed copies of Roland Bunch’s Two Ears of Corn: A Guide to People-centered Agricultural Improvement, which warned us about the “paternalism of the give away.”

The idea that 20-somethings from the U.S. with no farming experience would be able to take a couple weeks of training in agroforestry, and then tell lifelong subsistence farmers how to farm their land in a more efficient way is the absolute epitome of paternalism. Let alone the fact that many organizations (like GiveDirectly) have debunked this handouts-are-bad theory by directly giving poor people cash, leading to huge quality of life improvements. It turns out that people know exactly what they need to improve their circumstances, and just need the funds to be able to do so.

I used to think that I knew how kids ought to spend their time, what they needed to learn at each age, and how they needed to learn it. Our school system, with its compulsory nature and one-size-fits-all model, reflects this paternalistic impulse. Through working with young people, and researching child development, I’ve learned that every individual learns differently and has a different set of developmental needs. Our education system should reflect that.

Adults tend to think that we know better what young people need than the young people themselves, just like international development organizations think they know what communities need better than those communities do. We need to start listening to young people, and provide support, not control. We need to listen to and support community-led groups that want our support, not give an uninvited lesson on how to double dig garden beds.

I am learning that because I am white in a society that privileges whiteness, I will always have internalized white saviorism. This is why I have a lifetime of anti-racism work to do. I am also learning that because I am an adult in an adultist society, I have a lifetime of anti-adultism work to do. I need to unlearn the paternalistic notion that I know best how to support others, and lean into the fact that they have an intuitive understanding of their own needs.

Rachel Munzig (she/her/hers) is one of the founders of Alder Commons, a hub for self-directed work and play.