Español English
Freedom With Responsibility
License to do everything one wants? 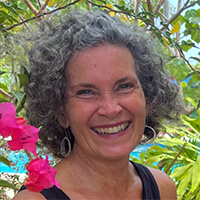 When I talk with other parents about Self-Directed Education, the question of limits arises frequently. Does freedom mean the children do whatever they please? Are there any limits?

It’s a valid question, and within that question I sense a big fear:

Adults imagine that without direction and imposition on their part, there will be total chaos, where each child does what she wants without reflecting on how her behavior could affect others. A bit like in the book, Lord of the Flies.

In my opinion, that fear is based on what conventional schools look like. It comes from having been brought up in a system where the emotional well-being of the children wasn’t the priority. I think we all agree that in the conventional educational system, the main focus is memorization of content, control of that memorization with tests, and the evaluation of those children’s performance on those tests through grades. The emotional well-being of children is not the focus. Actually, it seems not to matter at all. In the conventional system, the culture is one of competition, and in a competition, the only thing that matters is winning. It doesn’t matter how, and it doesn’t matter if someone harms others in that pursuit. Added to that, there’s adultism and bullying going on from top to bottom – teachers towards students. As well as obviously bullying among the students. I haven’t seen many adults within the conventional system with the knowledge and experience to create an emotionally safe environment for younger humans.

I’m free, but I know how to use my freedom. It’s my responsibility to use that freedom in a way that never harms another living creature.

Because of our experience with conventional schooling, we imagine that with so much freedom there won’t be any limits – and the result could be dire. But to me, it’s because in the school system the priorities are so different from the priorities within Self-Directed Education.

To me, freedom comes with a great deal of responsibility. It does not equal a “carte blanche,” a license to do everything we want. As human beings, we all need to learn how to live in a society where there are rules and expectations. We have to learn to conduct our life in such a way that we can obtain self-sufficiency and, hopefully, happiness, all while respecting others. This is learned by living our lives, within our families and our society. Unschooled children aren’t an exception, because they too participate in real life (and often, to a greater extent than schooled children).

What I want to say is that, as a free being, I could potentially go into a shop and steal things and money from there, but I’d never do that because I know that would cause tremendous pain to the owners of the shop. I’m free, but I know how to use my freedom. It’s my responsibility to use that freedom in a way that never harms another living creature.

So, to answer the initial question: in Self-Directed Education, do we let children do anything they want? Well, the answer could be: yes and no.

In general, in a school based on Self-Directed Education (like the Agile Learning Centers) there are very clear expectations and limits that children and teenagers have to accept in order to be able to participate. Those limits tend to be based on safety, legality, and respect of oneself and others. As long as those measures are followed, a child or a teen will be supported in their search and exploration. In practice, this means that the children and teens have a lot of freedom. There’s no competition going on, and we emphasize building a safe and secure community for everyone to thrive in. When difficulties arise, we use tools based on a profound respect for each person, such as: non-violent communication, restorative conflict resolution, validation of emotions, and so on.

The point is that when we put emphasis on authenticity, trust, clear communication, and openness, there isn’t much need for adults to impose “rules.” It’s about creating a culture, within the family and school, where we all care for each other.

If we want our children to learn to use their freedom in a respectful and responsible manner, we adults have to challenge the system under which we were educated. An authoritarian upbringing and education needs to be replaced by creating true partnership with children and teenagers. We need to become real role models for our children. Learn how to listen. Learn to trust. Learn how to support without interfering. Respect them in order for them to learn to respect others. I think this is where our real challenge lies: be willing to change and grow for the sake of our children.


This article was originally published in Tipping Points on February 22, 2018. The English translation was added March 10, 2019.